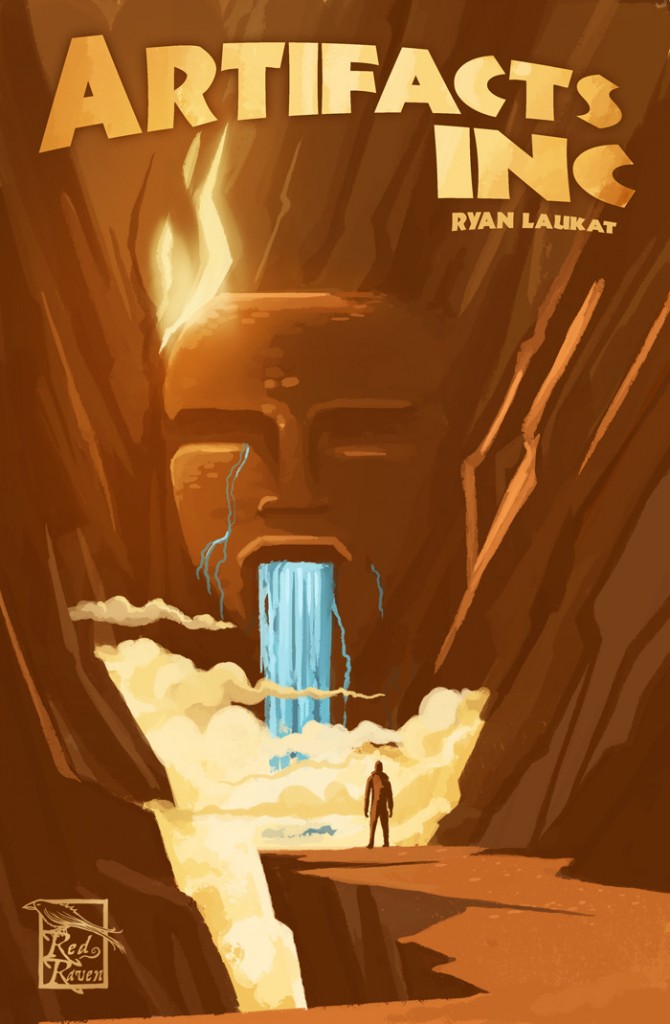 Grab Your Whip and Fedora, it’s Time for Artifacts, Inc. Artifacts, Inc. by Red Raven is a deck-building game where you run an artifact-hunting company in the Roaring ‘20s. Build your reputation through recovering artifacts, hiring premier explorers and archeologists, and building synergies between your resources.

The goal of the game is to acquire the most reputation points. These are marked on your cards by a green shield with a number. You’ll find this in the upper left corner of most cards. Cards also have a number in front of a green dollar in the upper right; this represents how much the card costs to purchase or upgrade. You acquire money by selling artifacts to museums or private buyers, serving as a guide, and holding certain cards.

In addition, there’s an action economy as well. You roll a six-sided die for every action you get (determined by your cards, primarily the number of explorers and archeologists you have). You then spend those dice to perform certain actions, like go on an artifact-hunting expedition, sell artifacts, or buy new cards. However, some actions require that you roll a certain number or higher before you can do them. Some cards also allow you to perform an action more than a single time.

The result is a surprisingly complex game growing out of some very simple rules. There are multiple paths to victory: you can make your company more efficient, spending less money to purchase resources and acquiring more money when you sell artifacts. Or you can give yourself lots of actions by hiring a large team of explorers, or by “leveling up” the explorers you do have. Or you can buy certain cards to build synergies, such as cards that give you bonus reputation depending on what other cards you hold.

The rules are less than clear, so give yourself time to read through them before your first game. However, after we finally figured out how things work, the game sizzled along, and with three players our first game didn’t last the suggested 60-minute playing time.

Artifacts, Inc. is a game for two-to-four players, ages 13-and-up. The variety of cards and strategies mean every game is different. If you’re a fan of Indiana Jones or elegant deck-building games, you should absolutely give Artifacts, Inc. a try.