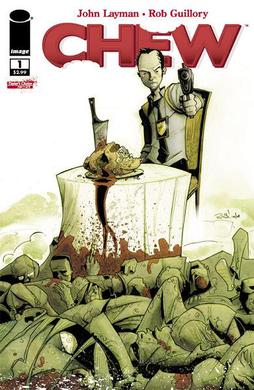 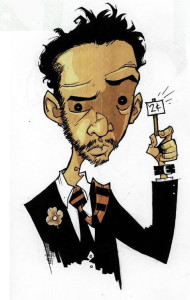 Rob Guillory first started making comics in the fourth grade, embracing an avant garde style using construction paper to tell his story. But he didn’t seriously consider making a career out of comics until he attended a comic convention in Houston. He showed his portfolio to the pros and got positive feedback. That inspired him to put more time into his art and bring it to more shows. And he did it again and again, through the five years he was in college. By the time he graduated, he knew a lot of pros.

Still, it was another two years before he landed his first for-pay work, and another two years after that before he’d start the project that made his name: Chew. Partnering with veteran comics pro John Layman, Guillory created one of the most successful comics published by Image. In fact, it’s been so popular that it’s won two Eisner and two Harvey awards and has sold out of multiple printings of the first three issues. Chew is the story of FDA agent Tony Chu. Tony’s ace-in-the-hole is his cibopathic powers. What’s cibopathy? It’s the ability to gain psychic impressions from eating things. Tony literally chews his way to solving crimes, and yes, that sometimes means eating people. The whole series is full of crazy, food-themed psychic powers, including cibolocutation (the ability to communicate through food), xocoscalpery (the ability to sculpt chocolate into a replica of a thing so accurate that it has all the properties and abilities of the original), and the dreaded pederexplodier (one who can create explosive flatulence). Yep, it’s that kind of book.

Which is just perfect for Guillory’s high-action comedic style. His success with Chew landed him additional work, including drawing some Thor and Howard the Duck for Marvel.

Rob Guillory will be at the newest Dragon’s Lair Comics and Fantasy® location in Houston, TX this Saturday, December the 10th. He’ll be signing autographs and talking about comics and art from noon until 4 PM. 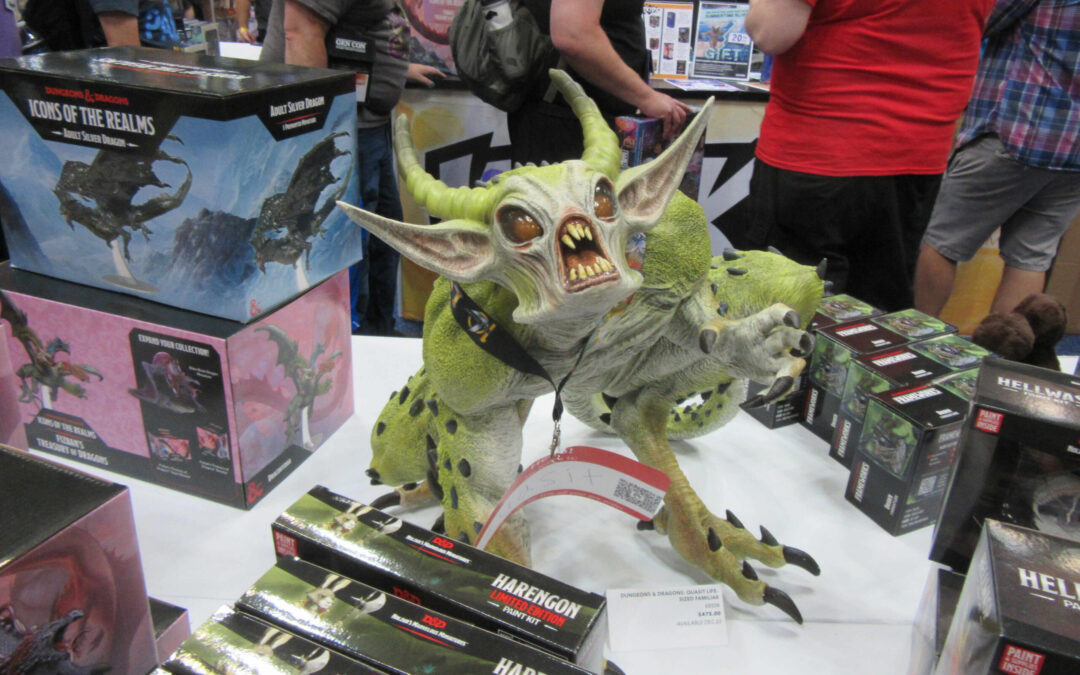