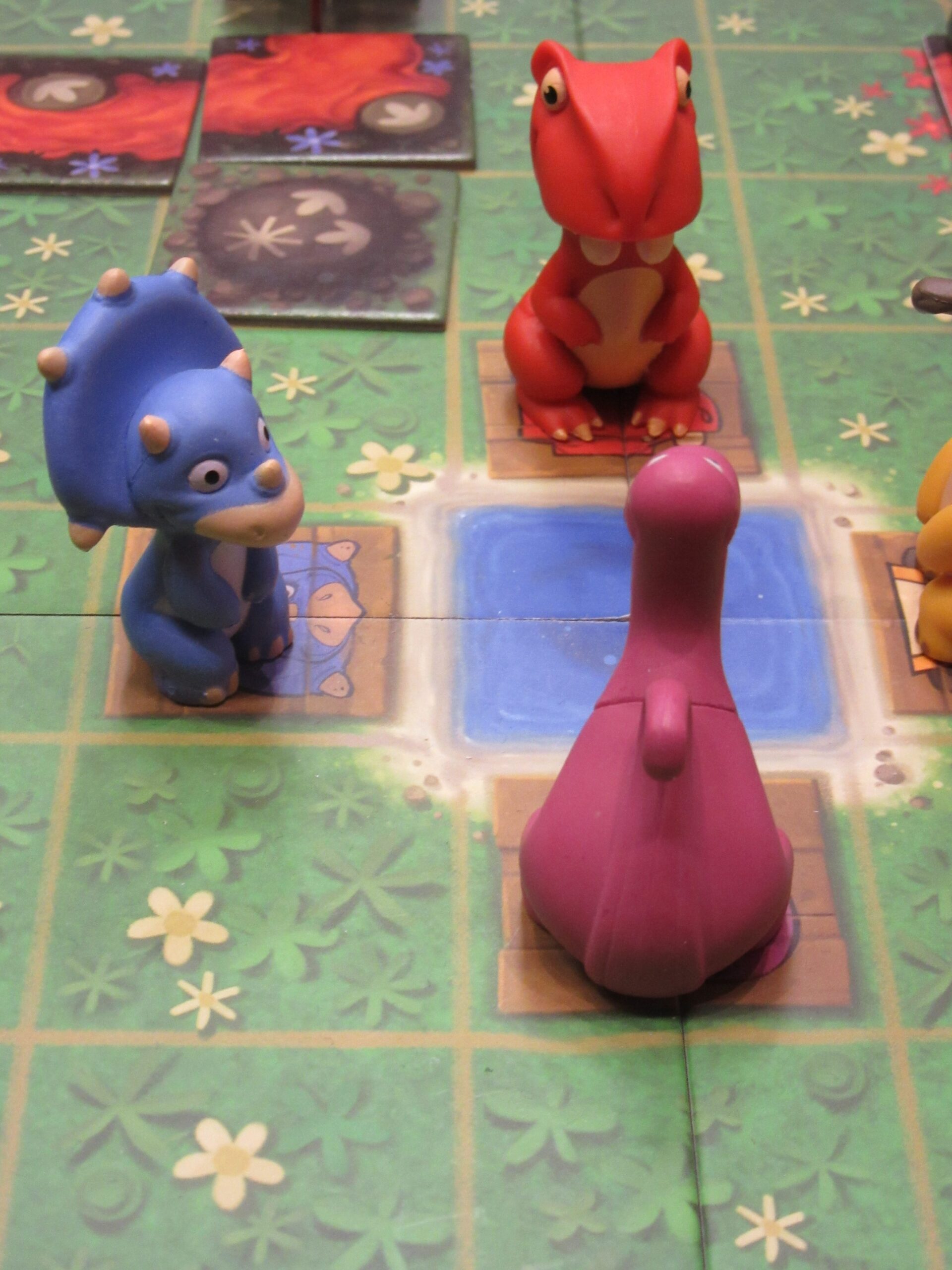 But Wait! More From the GAMA Trade Show 2019

There was so much to see at the 2019 GAMA Trade Show that one blog post couldn’t contain it all. Are you a fan of 4x games, games like Twilight Imperium, but you just don’t have entire days to devote to them, or you find the complex rules daunting? You’ll want to check out Helios Expanse by Green Briar Games when it’s released. In less than an hour, three to five players can get all the fun of colonizing planets, promoting technological and military excellence, and conquering your neighbors. I had a blast playing this Thursday night. Fans of Bunny Kingdom have the expansion Bunny Kingdom in the Sky to look forward to. This expansion adds a new addition to the board as well as new strategy to the game. If that’s not cute enough for you, we also have SOS Dino to anticipate, where you try to rescue four adorable dinosaurs from rising lava. Pegasus Spiele had a lot of fun stuff to show us, including the Legacy survival game Adventure Island, with its neat mechanics that allow you to hop between “storylines.” There are also coming out with the epic fantasy adventure game, The Dwarves. The City of Kings is a massive epic board game which combines tactical play with worker placement and RPG-like character customization for a unique adventuring experience. And, unlike the other games we’re sneak-peeking here, this game ought to be available for order by the time you see this. HABA was there, of course, with some wonderful new kid-focused titles to show off. We got to see Unicorn Glitterluck Cloud Stacking, a cooperative game of stacking clouds and holding off the rain for the perfect picnic day. But my favorite was Snail Sprint, a racing game that comes in a metal tin. Your snails will race through the course that goes up the sides of the tin, clinging by their magnetic feet! Renegade Games had lots of fun stuff to show off. Proving Grounds is a solo combat game that will be coming out in May. Bargain Quest will have you playing the role of shopkeeper, seeking the prefect merchandise to tempt successful adventurers, with pouches bulging with gold, into your shop. Last but not least, we got a peek at Renegade Games’ Game of Thrones: Oathbreaker, where you’ll vie with your rivals to become the true power in Westeros via intrigue and betrayal. But my favorite of the show may have been Cubicle 7’s starter box for Warhammer Fantasy Roleplaying. This box come with over 100 pages of adventure and setting material for Ubersreik, giving you an entire campaign in a box or the prefect segue into their upcoming “director’s cut” of The Enemy Within. Look for the starter set, as well as the quintet of adventures Rough Nights and Hard Days, to arrive at your local Dragon’s Lair Comics and Fantasy® this June. Was that all? Not by a long shot! There’s a new version of the classic Talisman board game coming that streamlines the game into a 90 minute experience. White Wizard Games’ Sorcery continues to impress with its epic magical duels in the back streets of Victorian London. We got teasing hints of upcoming armies for CMON’s A Song of Ice and Fire wargame. As always, your roving reporter on the scene will continue to bring you the best and most exciting news as we dig it up.