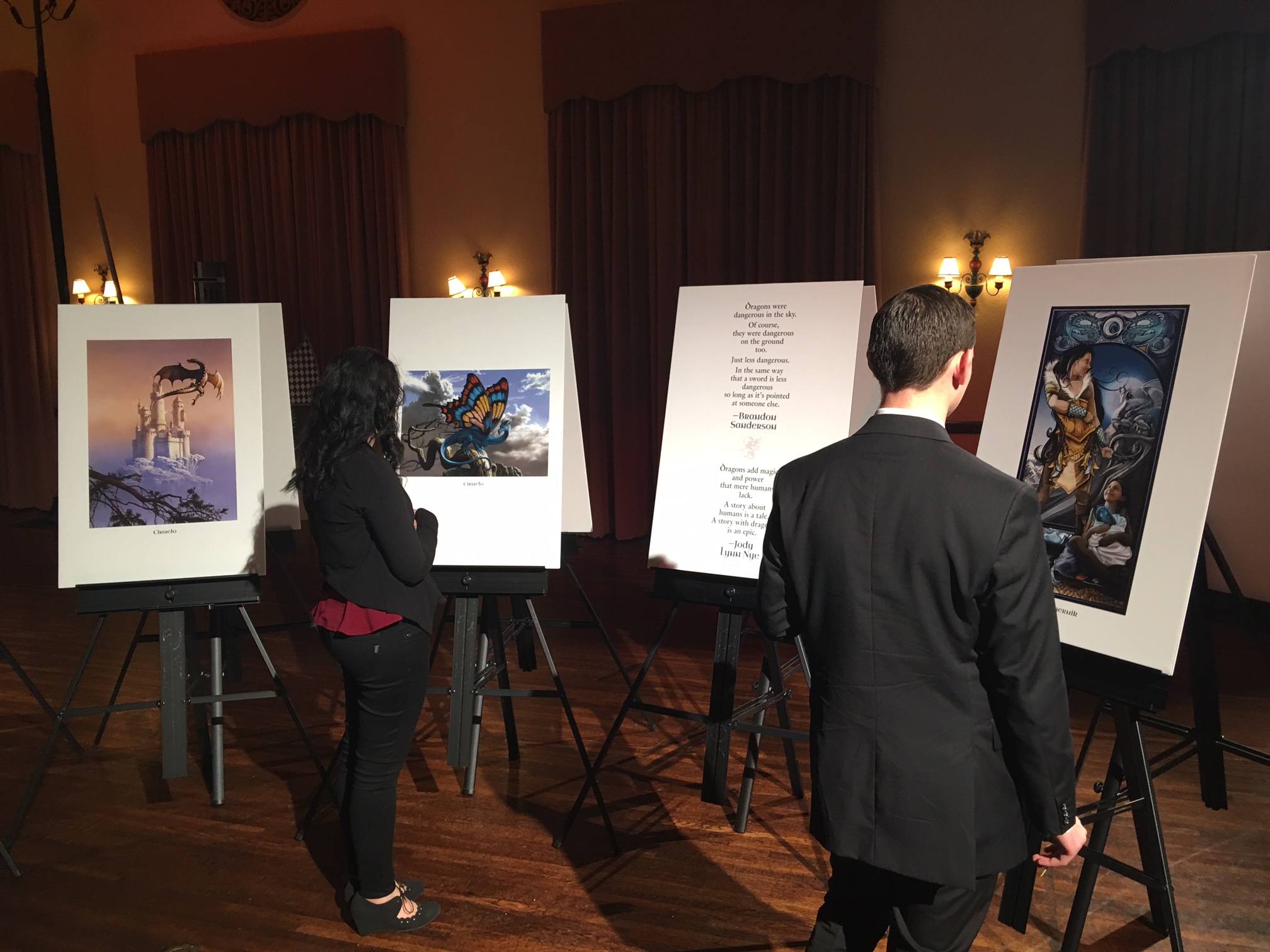 The painting on the right may look familiar to patrons of the Austin Dragon’s Lair Comics & Fantasy® store. It hung there for many years, welcoming and inspiring countless gamers.

The title of the piece is, naturally, “Dragon’s Lair” and was painted by Echo Chernik. The other paintings in this lineup were painted by some of the greatest names in fantasy art: Ciruelo, Larry Elmore, and Bob Eggleton. They were displayed at the “Artists of the Future Awards” after-party in Hollywood, CA, where the artists displayed served as judges.

The original of “Dragon’s Lair” currently hangs in the home of the previous owner of the Austin Dragon’s Lair Comics & Fantasy® location, who originally commissioned the work. The photo was taken by Lazarus Chernik.