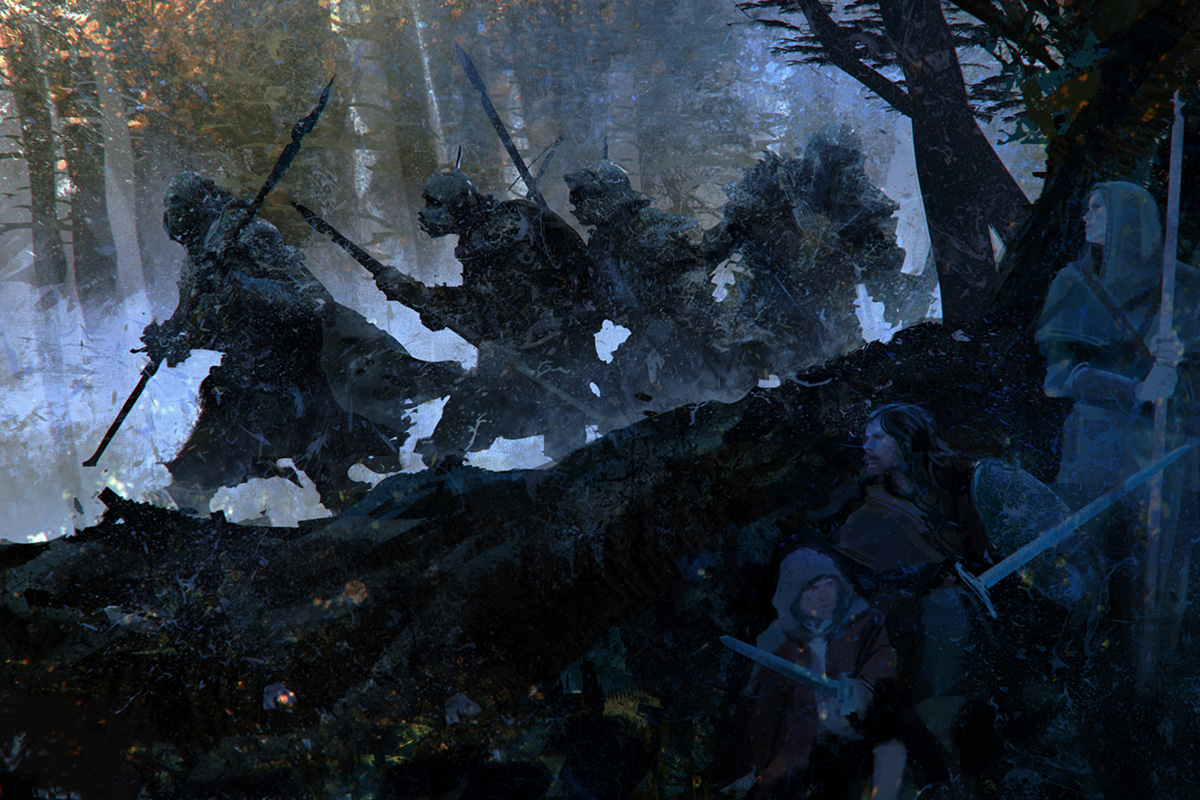 The One Ring, the award-winning RPG focused on adventuring in Tolkien’s Middle Earth, has moved from Cubicle 7 to Free League Press.  Free League has just released their version of the game, and if you’ve been following the details, you’ll recognize a lot of Cubicle 7’s designs for a second edition of the game in Free League’s version.  This comes as no surprise, since it’s by the same designers.

So what is new?  The focus has moved north from Rhovanion to focus more firmly on Eriador.  This means the Rangers of the North are an option for your PC’s culture in the core book, joining Bardings, Dwarves of Durin’s Folk, Elves of Lindon, Hobbits of the Shire, and Men of Bree.  Patrons are something you start with, rather than something you might pick up after your first adventure, and you have a wider range of choices, including Bilbo, Aragorn’s mother, and Tom Bombadil.  The default structure of an adventure involves your patron sending you to a landmark to do a thing, the journey there, the complications at the landmark, the journey home, and then the down time (or Fellowship phase).  While the mechanics of all of this will feel similar to what fans saw in the first edition of the game, there’s a bit of flavor from Forbidden Lands here as well.

The biggest change, however, is how your stats interact with target numbers.  Before, the number was generated by the GM to represent how difficult a task was.  Now, it’s based on the player character’s attributes.  The GM then only has to apply a modifier based on difficulty, making things much easier for the GM.  In addition, certain Skills can be designated as Favoured for the character, giving them a built-in bonus when such Skills are invoked.  The goal here is to front-load as much of the math as possible during character creation, so during the heat of play everyone can just consult the sheet and apply some simple modifiers when needed.

The game is streamlined from the first edition, with more tools to help the GM create new events and locations on the fly (again, adding a pinch of Forbidden Lands flavor to the game).  This should also aid Free League in creating the promised “Strider” solo-play rules.

If you’re a fan of Middle Earth who hadn’t yet picked up the 1st edition of The One Ring, you’ll absolutely want to get this game.  Fans of the first edition will appreciate both the streamlined rules as well as the new material.  If you’re intrigued, but can’t be pried away from D&D 5e, keep your eyes on this space; Free League announced at GenCon that they are working on a 5e-compatible version of the new rules already.  Ask the Elf-friends at your local Dragon’s Lair Comics and Fantasy® about Free League’s many fun RPGs today.