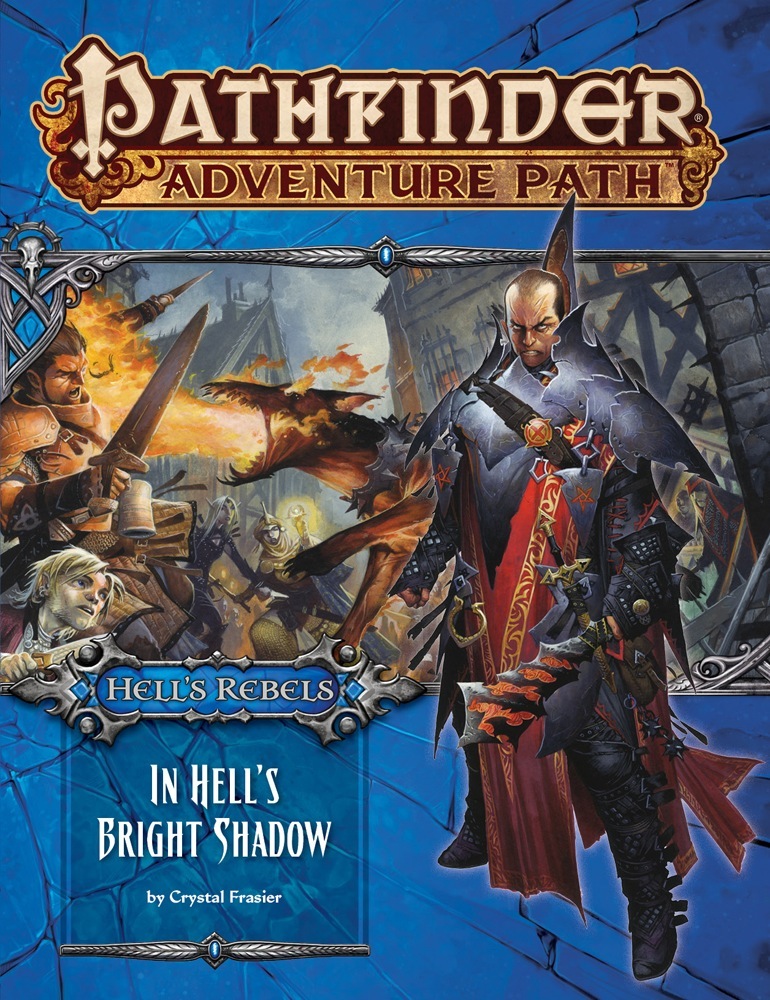 Paizo’s Adventure Path, “Hell’s Rebels,” finds the heroes leading an urban revolt against the devil-backed nation of Cheliax. If you’ve ever thrilled to the adventures of Robin Hood, Zorro, or the Shadow, then Paizo’s seventeenth adventure path is for you.

“The city of Kintargo has a new lord-mayor, but he’s not someone interested in maintaining that city’s free spirit. Paracount Barzillai Thrune has placed the city under martial law, and his cruel proclamations and sinister plans for the city bode ill.” This series of Pathfinder adventures has the heroes re-forming the Silver Ravens, a vigilante group that once fought for Kintargo’s independence. As freedom-fighters, the heroes will need to find and fortify a secret base from which to launch their operations, cut Thrune off from his sources of power and the support of Cheliax, and take the fight into the streets of Kintargo. In the 100th Adventure Path volume, the PCs will lead a climactic battle against the very Temple of Asmodeus itself.

But simply driving Thrune and his cronies out of the city won’t be enough. The heroes will have to secure Kintargo’s independence from Cheliax while facing a mysterious threat from the city’s past. Expect masked balls, derring-do, politics and subterfuge, as well as the usual adventurey goodness we’ve come to associate with Paizo.

The first episode of “Hell’s Rebels,” In Hell’s Bright Shadow is available now.