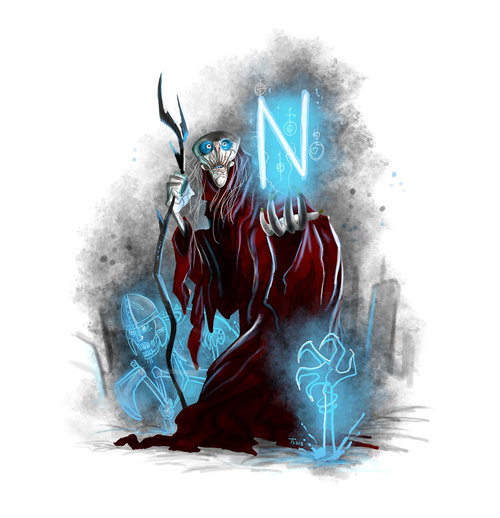 Is the size of your fantasy library rivaled only by the breadth of your vocabulary? Then you’ll want to check out Spell Smashers from Renegade Game Studios, a word-building game with a fun monster-slaying theme.

Every player start with a deck of seven cards. Each card has a letter, as well as an element (earth, water, fire, or “wild”), and a damage rating. You’ll combine the letters into a word and the player with the longest word goes first.

Your goal is to acquire points by slaying monsters and collecting cool gear. You’ll start the game with three monsters and each monster will be modified with an adjective. You place the monster card atop the larger adjective card so that the modifiers are showing at the bottom. Modifiers almost always make a monster stronger, but some also convey weaknesses, like taking double damage from fire.

The player with the longest word goes first. They pick a monster and lay out their word, counting up all the damage they’ve done to a monster and taking one coin for each point of damage they successful do. If they take the last of a monster’s coins (equal to its hit points) then they slay the monster. They collect the monster card, which will have a letter on it. The player can now use this letter in all their words going forward. However, they’ll also take one or more wound cards. These are cards that take up slots in their seven-card hand of letters that don’t deal a lot of damage and usually consist of difficult-to-use letters or groups of letters.

Once everyone has attacked the monsters, you retire to town where you can spend your money on new gear and potions that do things like change letters or transform the type of damage a card does. A player with five or more wound cards in their hand will have to go to the shaman who will remove all their wounds but demands one of their monster trophies in exchange. Each surviving monster also gets a mug token. These are worth extra points for the hero who eventually slays them due to the epic tale that can be told of the battle. Players also get quest cards. You can have up to two quest cards in your hand at any time. These are extra challenges like slay a monster with a word that begins with the same letter as the monster’s name or forming a word that has only one damage type. You’ll get most of your victory points for monster trophies and quests, so you’ll want to complete as many of these as possible.

The art for this game has a fun, cartoony fantasy vibe, the monster cards are an alphabetical cornucopia of fantasy critters, and the rules are simple, with almost everything included on the cards and chits you’re playing with. The adjective monster modifiers mix things up so that even if you do draw similar monsters as before, they’ll play differently from fight to fight, adding to the replayability of the game.

Spell Smashers includes a solo mode if you just want to play by yourself. Otherwise, up to five can play and most games take just under an hour. If you enjoy word games and fantasy, you’ll want to ask about Spell Smashers at your local Dragon’s Lair Comics and Fantasy® today.