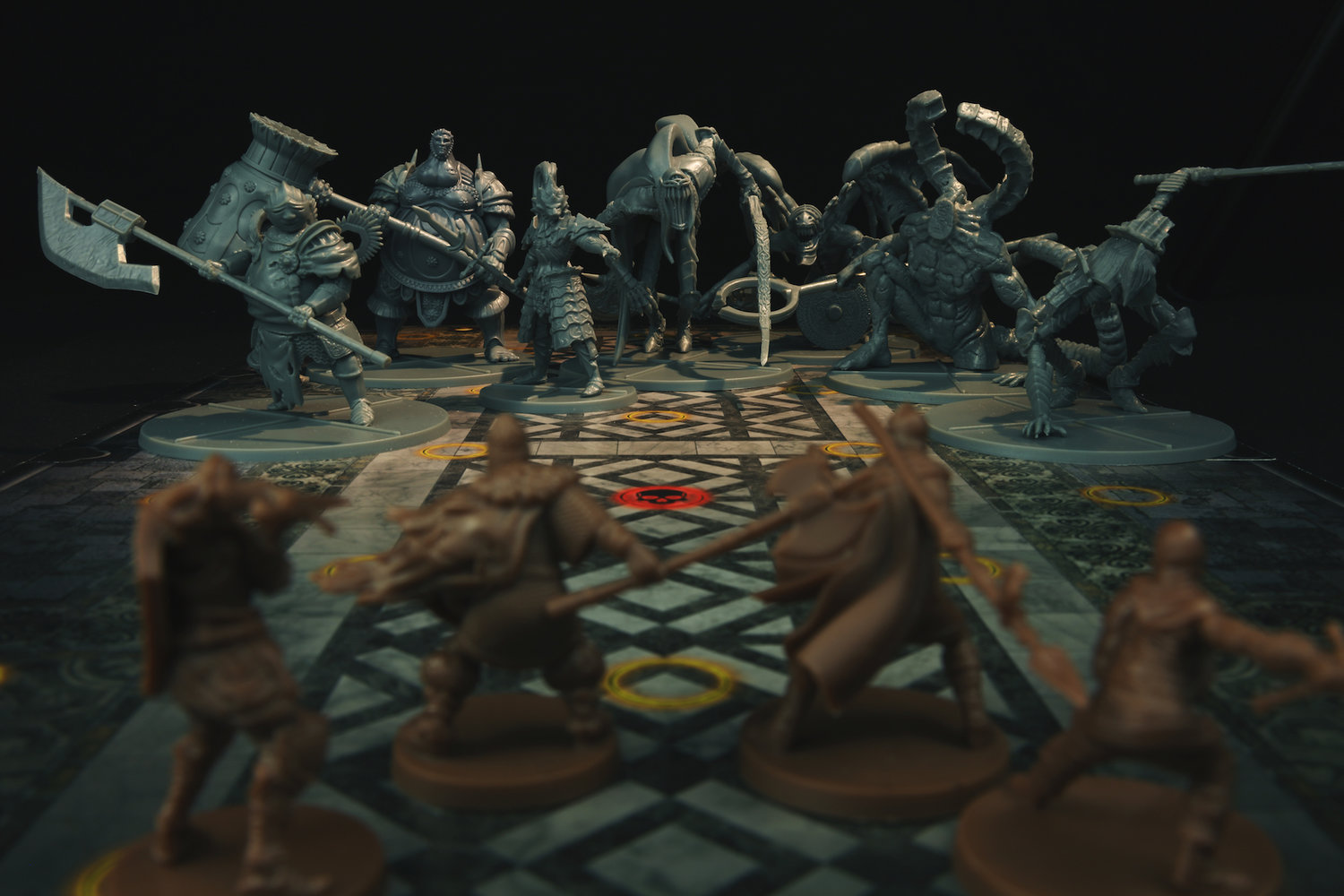 From the Ancient Cambrian to the Boreal Valley

Want some more gaming goodness to see you through this strange summer?  Here are three more boardgames you can get through your local Dragon’s Lair Comics and Fantasy®.

Oceans isn’t just Evolution with blue cards.  The game is divided into two phases.  In the early phase, you’ll see a game that looks a lot like Evolution refined: you’ll use a deck of cards to evolve your creatures, until you have a handful of viable species in the game.  But then Cambrian Explosion happens and you get to add cards from the Deep deck.  While the first half of the game is all about creating a careful balance, the second half is all about destroying it.  Those Deep cards are insanely powerful, but they can also be countered.  Can you create a species that will survive or will your voracious appetites lead to everyone else creating defenses that render your evolution a dead end?

Root might look like a fluffy anthropomorphic game, but don’t let that fool you.  This game includes one of the most interesting and solid asymmetric strategy experiences you’ll find in a board game.  Four factions struggle for dominance of the forest. The Cats, the current rulers, using engine-building and logistics to create victory by building new buildings.  The Birds, he previous rulers, seek to capture and hold territory by building nests.  The Alliance seeks to keep the other powers in check while building slowly to a late-game victory.  And the Vagabonds pursue a secret and randomly drawn victory condition.  Each faction you play (and play against) gives you a dramatically different experience.

You didn’t think we’d get through this article without mentioning a cooperative game, did you?  Dark Souls: the Board Game is based on the computer game.  Up to four heroes, a Knight, an Assassin, a Herald, and a Warrior, will band together to fight the horrors beyond the fog gate to reclaim their humanity.  This game comes with some gorgeous minis and a deck of attack cards for the monsters to use.  Learn the pattern of their attack before they reshuffle the deck to claim victory over foes like the Silver Knights, the Titanite Demon, and the Dancer of the Boreal Valley.

Your local Dragon’s Lair Comics and Fantasy® is working hard to provide you the top-quality games and entertainment you expect from us while keeping everyone safe.  Feel free to call and find out how you can get these and other great board games today.