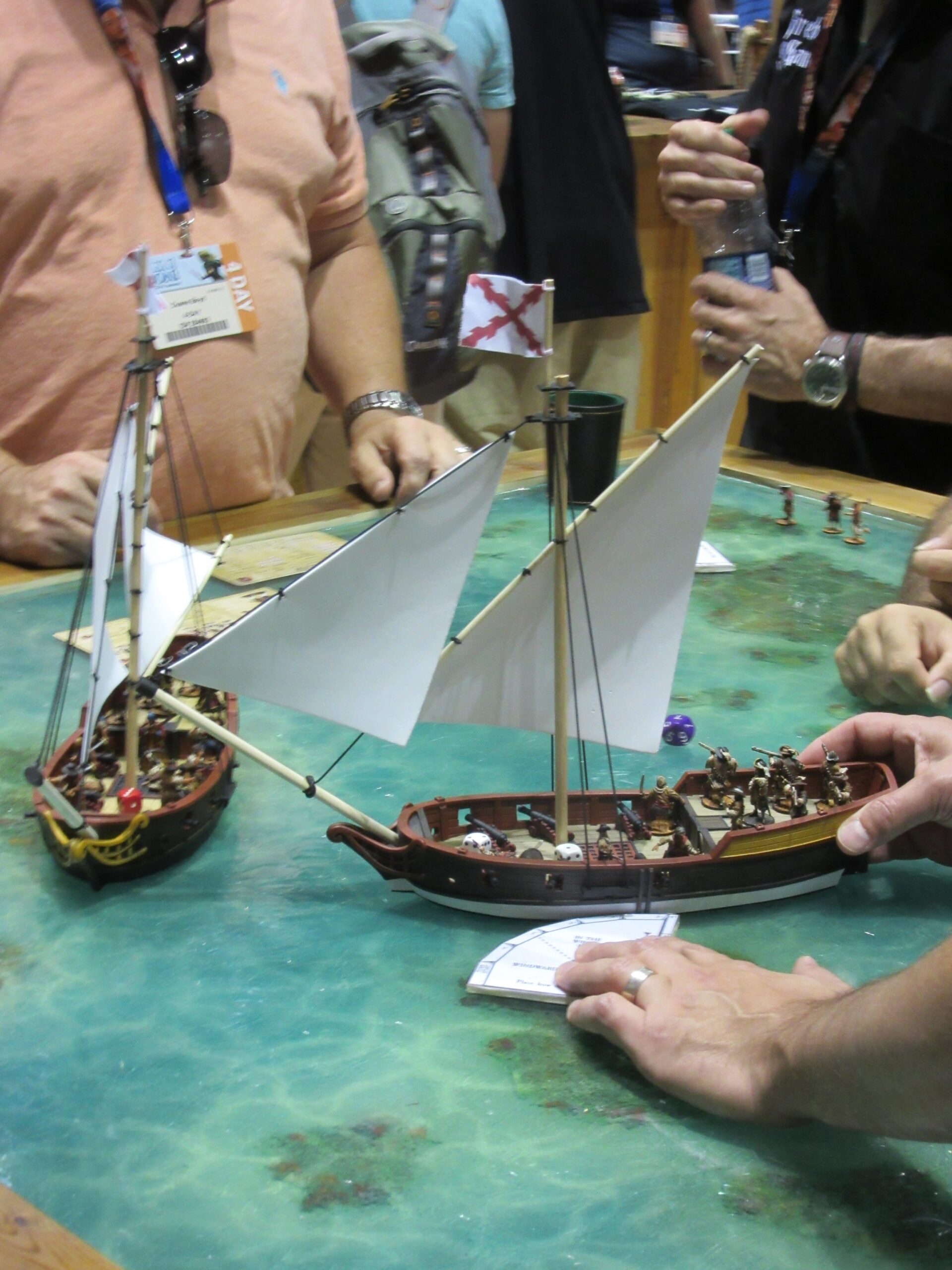 So much stuff to see! I barely scratched the surface today, but got some peeks at very neat looking upcoming or just-released games, including: Romulans vs Klingons vs Kardasians vs Federation The Dust folks had a lot of neat stuff to talk about, including a new edition of the game and new starter-set boxes.

In addition, I got to listen to Wayne Reynolds explain his process for creating Pathfinder iconics (apparently, the everything-and-the-kitchen-sink equipment was him making a joke about all the gear everyone puts on their character sheets), and all the rather grisly research into weapons, torture devices, and flayed skin that goes into them.