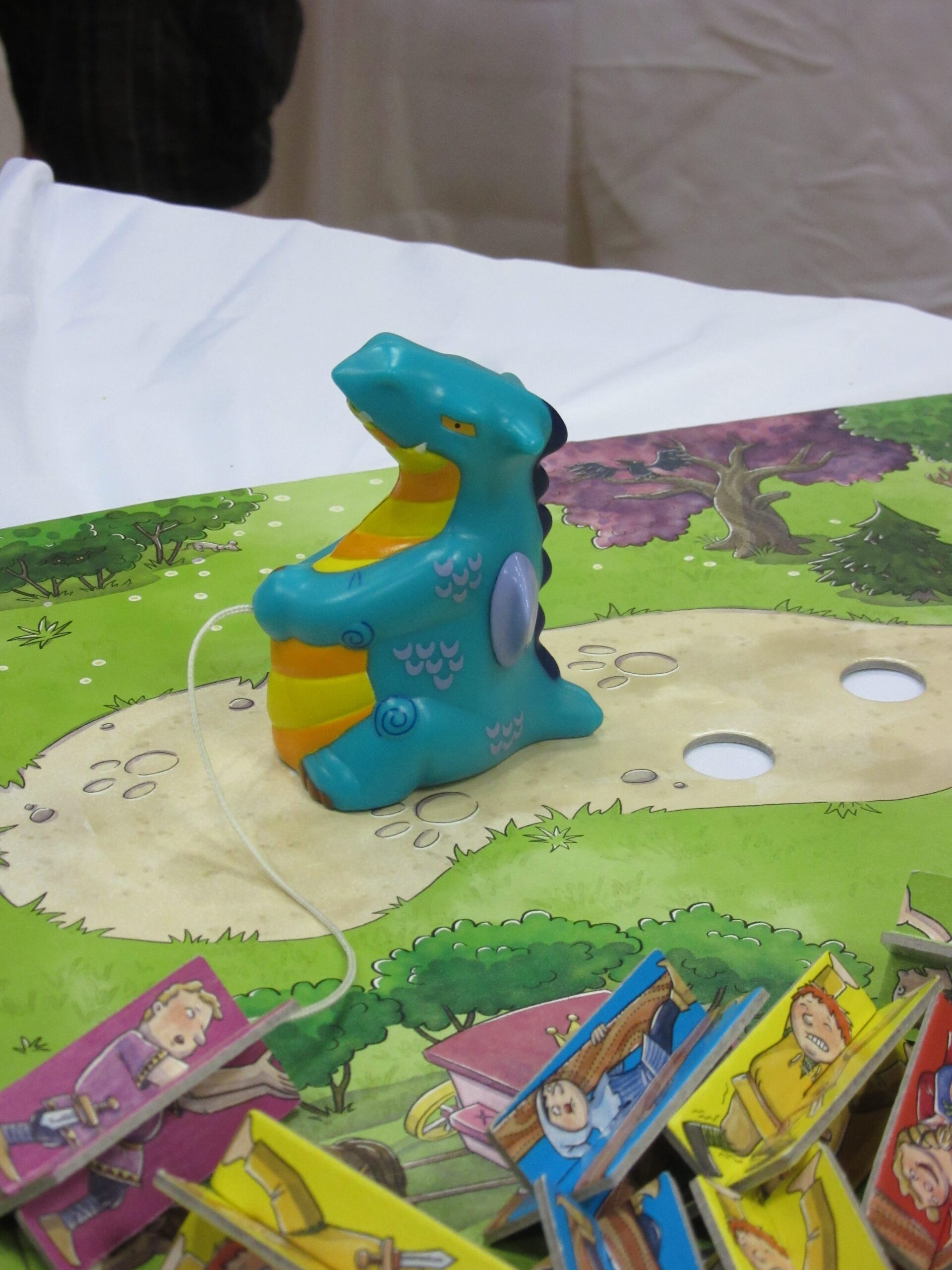 The crowds start growing on Friday.  The exhibit hall is just too massive to see everything in one day, but I still managed to see a lot of cool stuff, some of it new or coming soon.  Like this Planet of the Apes miniatures boardgame: The final version will have cool human and ape miniatures.  It’s Kickstarting this spring.

There’s some new fun stuff coming from HABA.  One of their newest is this neat little tile-placement game called Tiny Park. They also had small travel-sized versions of some of their popular games, like the animal-stacking game Animal Upon Animal. There’s also a new expansion from their Adventure Land game. But my favorite was Dragon Tower.  You must rescue the kidnapped princess from the tall tower.  First you build a scaffolding alongside the tower: But your scaffolding rests upon a precarious rock with a rope tied around it: And on the other side of the rope is a dragon! You start the game by clicking the dragon’s wings.  This activates a winding mechanism inside the dragon that starts pulling the rope taut.  If you don’t get the princess out before the dragon pulls away your supporting rock, CRASH!!! I also got an early look at the Black Cube for Monte Cook Games’ Invisible Sun RPG. Goodman Games had an old, familiar site for some of us more seasoned gamers: wire racks of paperbacks like you used to see in drug stores, full of great old novels, many of which were mentioned in AD&D’s famous Appendix N. Plus they had the usual wide array of old-school gaming goodness. Cubicle 7 was there with RPG material for their Middle Earth RPG, including the ENnie-nominated Adventures in Middle-earth Player’s Guide. Speaking of the ENnies, the award ceremony is tonight.  Of course your roving reporter will be there, on the scene to give you the scoop on the big winners this year.