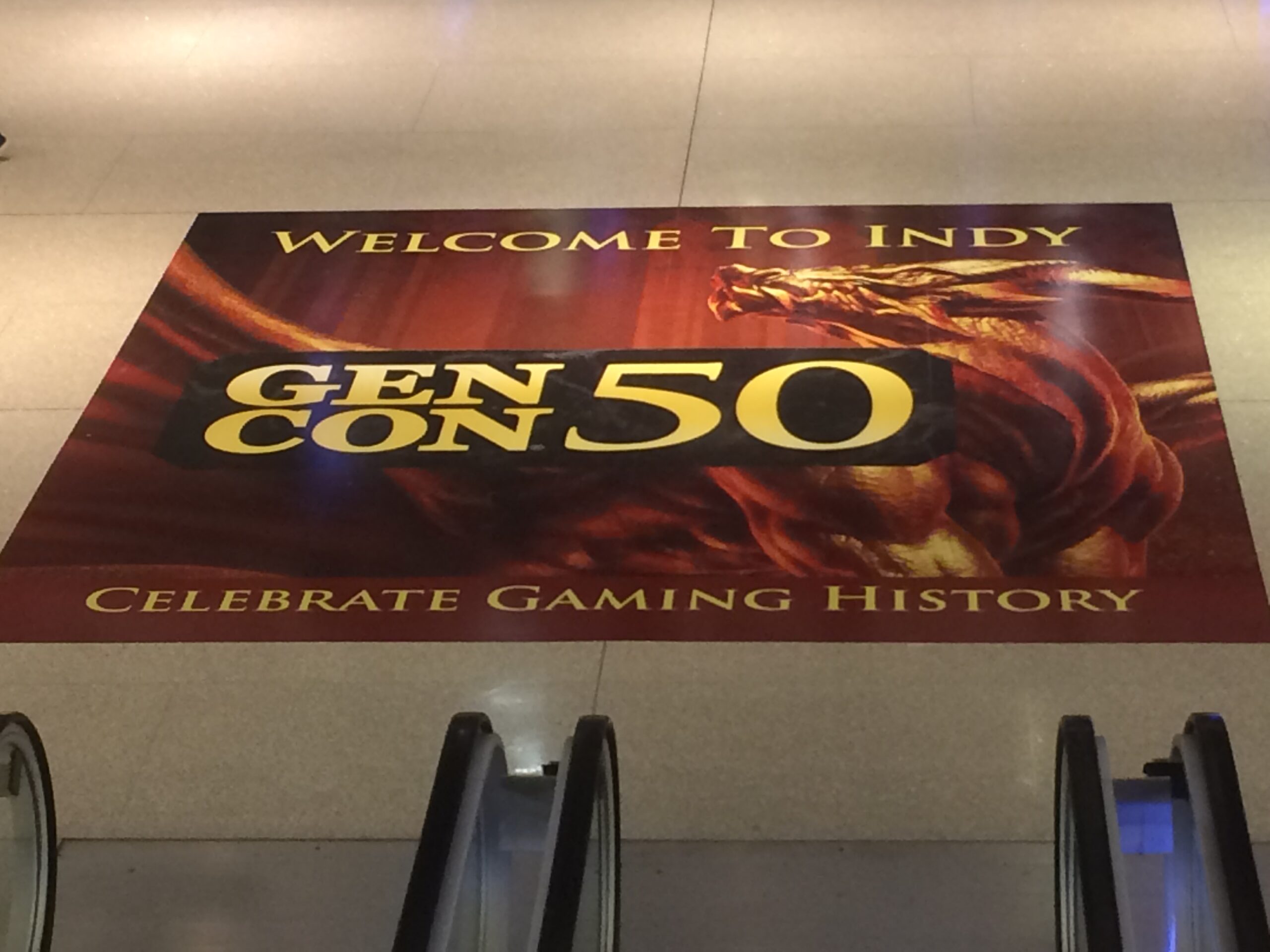 GenCon 50 was an amazing convention. It was bigger than ever before. How big? So big that it included a life-sized recreation of the very first GenCon.

So big that they sold out of passes before it opened on Thursday. Speaking of things selling out, according to Eric Mona of Paizo, they brought more copies of the Starfinder core book than Paizo had ever brought of anything to GenCon before, and they still sold out in the first day.

Partway through that same first day, one of the attendees said their eyes were full. That’s a good way to describe the sensory overload that is GenCon, especially the exhibition hall full of games, miniatures, clothes, LARP weapons and armor, books, art, plushes, dice, cards, statues, cosplayers, music, more vendors than you can shake a stick at and even more attendees working their way through the aisles. There were new companies with new games on the cusp of kickstarting, like the furry fantasy adventure board game Barnacle Bay. There were giants of the industry who’ve been doing this for years like Larry Elmore, Liz Danforth, Rick Loomis, and Joseph Goodman. There were old friends to say hello to, like Echo Chernik and new friends to make at the gaming table.

There were new games as well. GenCon 50 was the debut of both Starfinder and the new Star Trek RPG. New games were announced, like Star Wars: Legion, a 28mm miniature skirmish game. We learned more about upcoming games like Aristeia, a board game of gladiatorial combat in the Infinity universe, and Invisible Sun, Monte Cook’s upcoming RPG.

Frankly, there’s just too much to talk about in a mere four or five articles. So expect to be hearing a lot more about things we saw at GenCon this year.