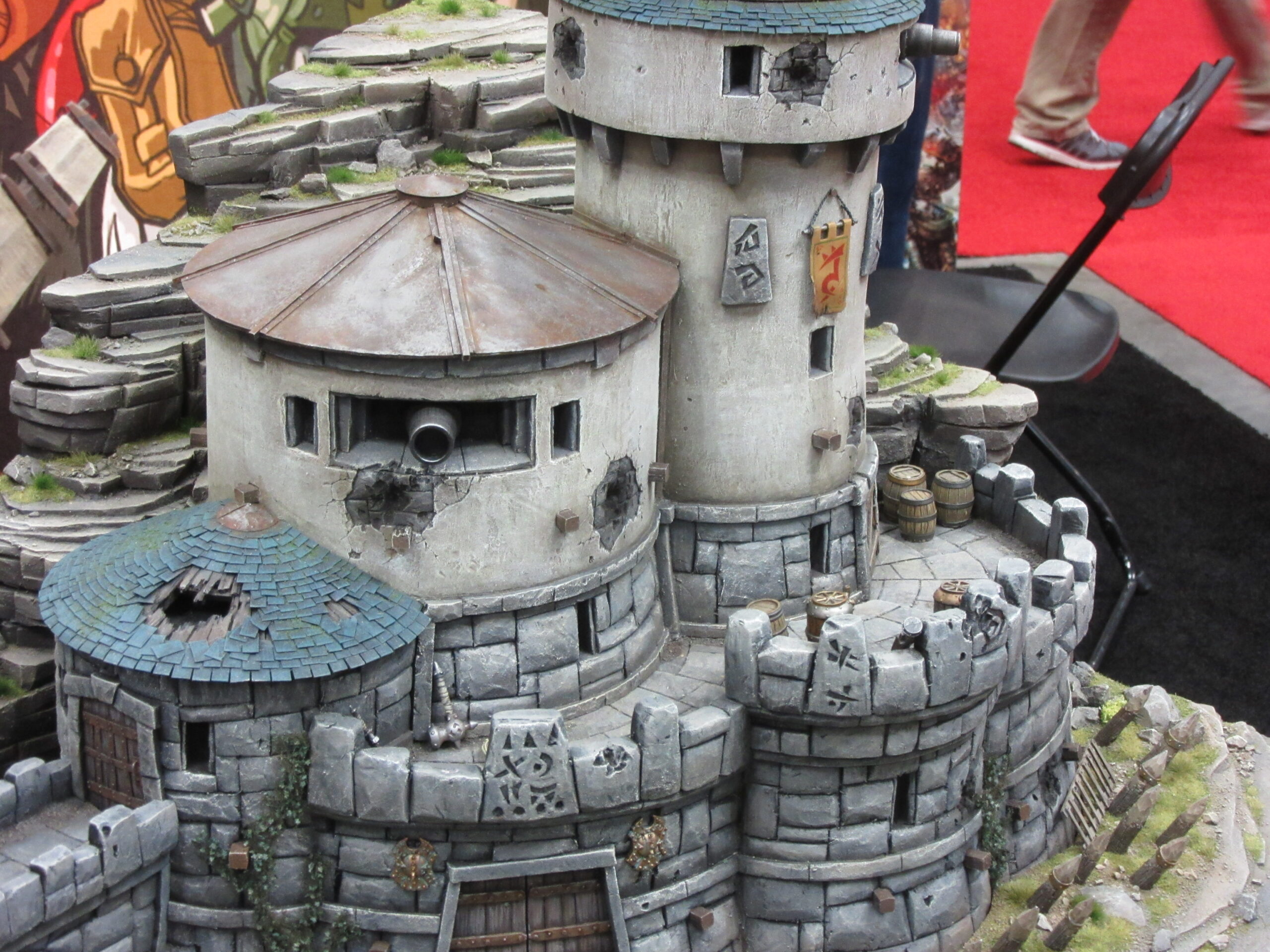 Whew! GenCon is a tone of fun, but also incredibly exhausting. The crowds are huge, there are multiple city-blocks worth of cool stuff to see and do, and the gaming goes on into the wee hours of the morning. So here, posted after I’ve had a few days to recover, are the last two days of my GenCon adventures.

Everyone brings their A-game to GenCon, especially when it comes to miniatures and terrain for wargaming. Privateer Press had a huge footprint in the dealers’ hall, celebrating the release of the third edition of their rules. Here’s a lovely table set up for a battle between Trolls and Skorne (click on any pic to imbiggen it): While the smaller demo tables lacked the awesome steampunk fortress of the big Hordes table, they more than made up for it with attention to detail: And, of course, they had tons of cool minis on display: Corvus Belli was also there with their Infinity futuristic, anime-inspired wargame: The new “Operation Red Veil” contains new starter armies for the Yu Jing and Haqqislam factions, plus an exclusive mini for both factions, rules, cardboard scenery, dice, and a mat; in short, everything you need to play: Fantasy Flight, as always, dominated the floor space, and they had a lot of cool new minis for their Star Wars lines to show off: One of the big announcements at GenCon was Fantasy Flight’s upcoming RuneWars fantasy combat minis game. More on that later, but what I can tell you now is that the game uses movement mechanics very similar to what’s in X-wing and Armada.

Of course, wargamers didn’t have the only impressive visual delights on display. Paizo was there with a number of great minis for the Pathfinder RPG, as well as new books.