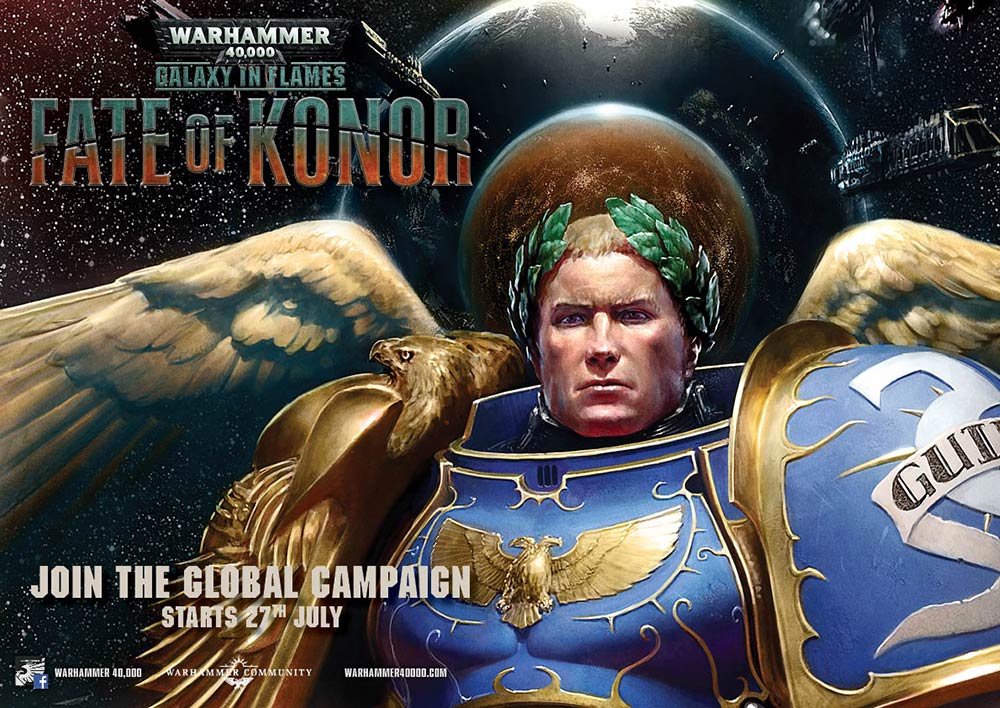 Hold the Line? Or Smash the Gates?

In the far future of the 40k universe, there is only war. But some battles are more significant than others. Hot on the heels of 40k’s eighth edition, Games Workshop unleashes a new global campaign, The Fate of Konor:

“The worshippers of Chaos seek to smash a path through the Imperial battle line to Macragge, home world of the Ultramarines. Should they succeed, the greatest Imperial stronghold in the sector will be gravely threatened, and Guilliman’s forces will be cut off and surrounded.”

Whether Konor falls or stands is in the hands of the players. Results of your battles can be sent in to Games Workshop to tilt the balance one way or another. Over six weeks, players will fight over six planets. Each planet’s fate will dictate the situation on the next, including special rules and missions that will apply to the battles fought on and for them.

Fighting isn’t the only way to affect the outcome. You can also paint units or terrain to earn points one way or another in the fight. And while the principle story is about the Empire versus Chaos, armies and units from all the game’s factions can take part.

Be sure to ask the folks at your local Dragon’s Lair Comics and Fantasy® how you can get involved and what the special themes and rules will be. The campaign officially kicks off on the 27th of July, giving you some time to assemble your army and get in a few games with the new rules before then.

Best of luck to you all. The fate of the galaxy rests in your hands (or your chaos-warped tentacles).