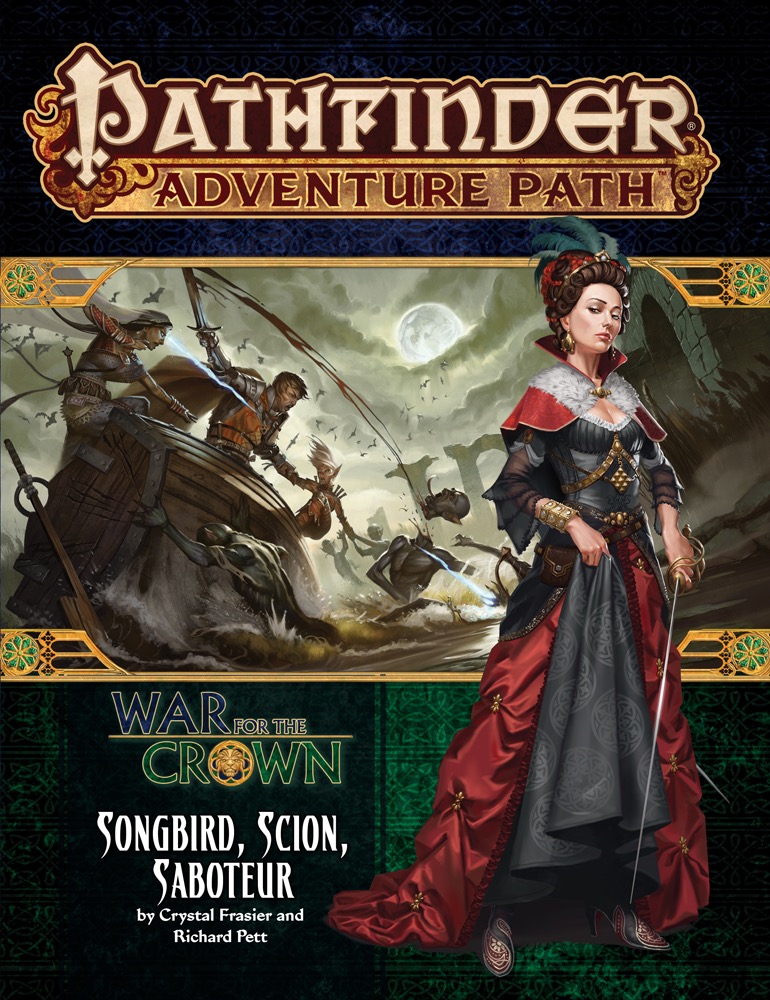 If your copy of Ultimate Intrigue has been gathering dust on your game shelf, Paizo’s new adventure path is for you. War for the Crown promises “a thrilling campaign of espionage and intrigue that mixes James Bond with Game of Thrones” as your PCs decide the fate of the Empire of Taldor. An attempt to rescue the old empire from “conspiracy and stagnation” draws the ire of Emperor Stavian III, catching our heroes in forgotten passages beneath the Senate halls in the first installment, Crownfall.

What follows promises to be a unique Adventure Path focused on politics, intrigue, and civil war. It may also reshape your table’s version of Golarion as the PCs not only gain levels but also prestige, influence, and perhaps even some political power of their own. Assassins, spies, and conspirators will stand between the PCs and a politically and socially stable Taldor. The second installment in the Adventure Path will be Songbird, Scion, Saboteur and sees the PCs attempting to overturn the political structure of Meratt County, navigating “its extravagant balls and tournaments, while secretly undermining Count Bartelby Lotheed’s authority.” It will be coming out this month, followed by The Twilight Child in April.

In the meantime, if you’re eager to start prepping a Pathfinder campaign of high politics and low skullduggery, ask the RPG experts at Dragon’s Lair Comics and Fantasy® about Crownfall and War for the Crown today.