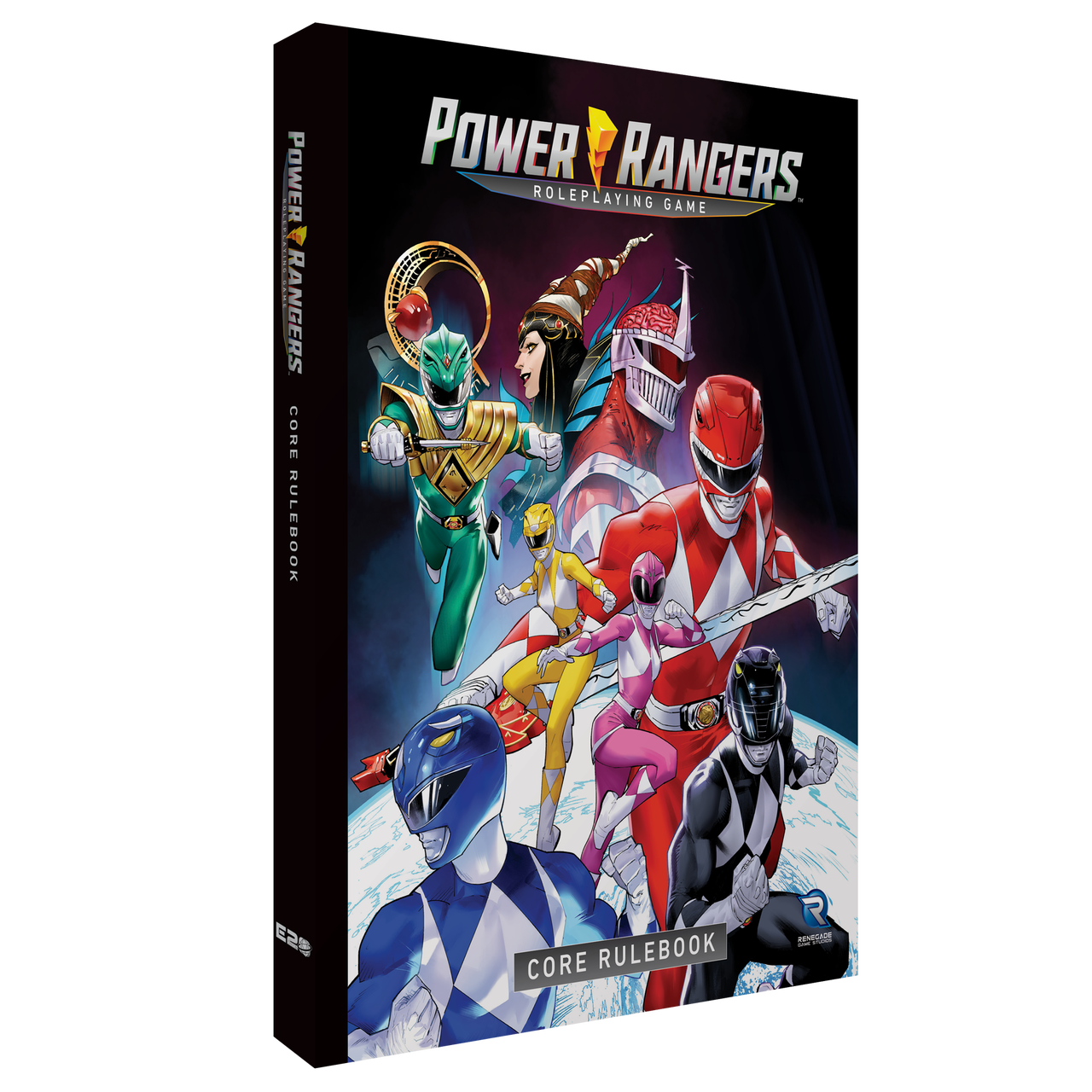 Have you ever wanted to be a Power Ranger?  Well, now its time for you to morph.  But don’t be fooled by what might look like wholesome after-school fare.  There’s a serious RPG engine under the hood.

That system is called Essence20, and it uses character creation to not just allow you to build the Ranger of your imagination, but simultaneously allows you to flesh out both their role on the Ranger team as well as their life as a normal human teenager.

To create your own Mighty Morphin Power Ranger, you start with their Origin.  Your character’s Origin says a lot about who they were before they became a Ranger.  You can also think of it as the impression they give when someone first meets them, or who they hang out with at school.

In game terms, your Origin sets your starting Health and gives your character some free skills and a special Origin benefit.  The Origins are: Athletic, Brainy, Comedic, Curious, Cynical, Kind, Oddball, Popular, Rebellious, and Tragic.

After you’ve picked your Origin, you next pick your Role on the team.  This is designated by your Ranger color.  The choices are: Black, Blue, Green, Pink, Red, and Yellow.  (White, Renegade Games Studios promises, will be an option in a future supplement.)  Your Armor Color tells you what your weapon options are, starting skills, levelling progression, and Role perks.

Finally, you’ll pick your character’s Influences.  These are the events or activities of your past (or even your present) shaping your characters personality and outlook.  They provide more perks and bonds that help you better RP your character.  Influences include: Artisan, Caretaker, Community Helper, Small-town Roots, Martial Artist, Nomad, Not-from-around-here, Student, and Survivor.

One of the fun things about Influences is that you can have more than one, even acquiring new ones based on what happens during your character’s adventures.  However, additional Influences make your character susceptible to Hangups, curveballs your GM can toss at your character in the middle of the game.

Finally, your character is defined by four stats: Strength, Speed, Smarts, and Social.  Each stat comes with a defensive version (Toughness, Evasion, Willpower, and Cleverness) that foes will need to beat to hurt you (either physically or socially), and a list of skills.  The higher your stat, the more skills you can take.  In addition, you’ll roll a second die every time you roll your d20 to check for success.  The size of this die depends on how much you’ve mastered of a particular skill.  These dice grow as follows: d2, d4, d6, d8, d10, and d12.  You add the two rolls together, attempting to beat a target number for success.  Characters can also specialize in a subset of a skill (for instance, Computers as a subset of Technology), allowing you to roll ALL the dice below your rank and take the highest of the rolls.

Even a starting character gets additional perks and powers to customize their character with, and as you go up levels, potentially gain new Influences, or even possibly change your Ranger’s color, you’ll have the chance to further differentiate your character from others.

This customization extends to your character’s Zord.  Your character’s Role gives your Zord one of its features.  You also pick from a selection of types for your Zord.  In addition, Zords level up as well, allowing you additional customization options.  However, if you want to play the Zords from the show, those are detailed in the rulebook.

The result is a slick RPG that emulates the source material by covering both your character’s battles as a Ranger as well as their life as an otherwise normal teen.  The mechanics seamlessly cover everything from battling other-dimensional sorceresses and their kaiju servants to finishing a big project for your science class to getting a date for prom.  If you’ve always wanted to be a Mighty Morphin Power Ranger, or are just curious about the RPG engine Renegade Game Studios will also be using for their G.I. Joe and Transformers RPGs, ask the RPG experts at your local Dragon’s Lair Comics and Fantasy® about getting your hands on the core rules today.