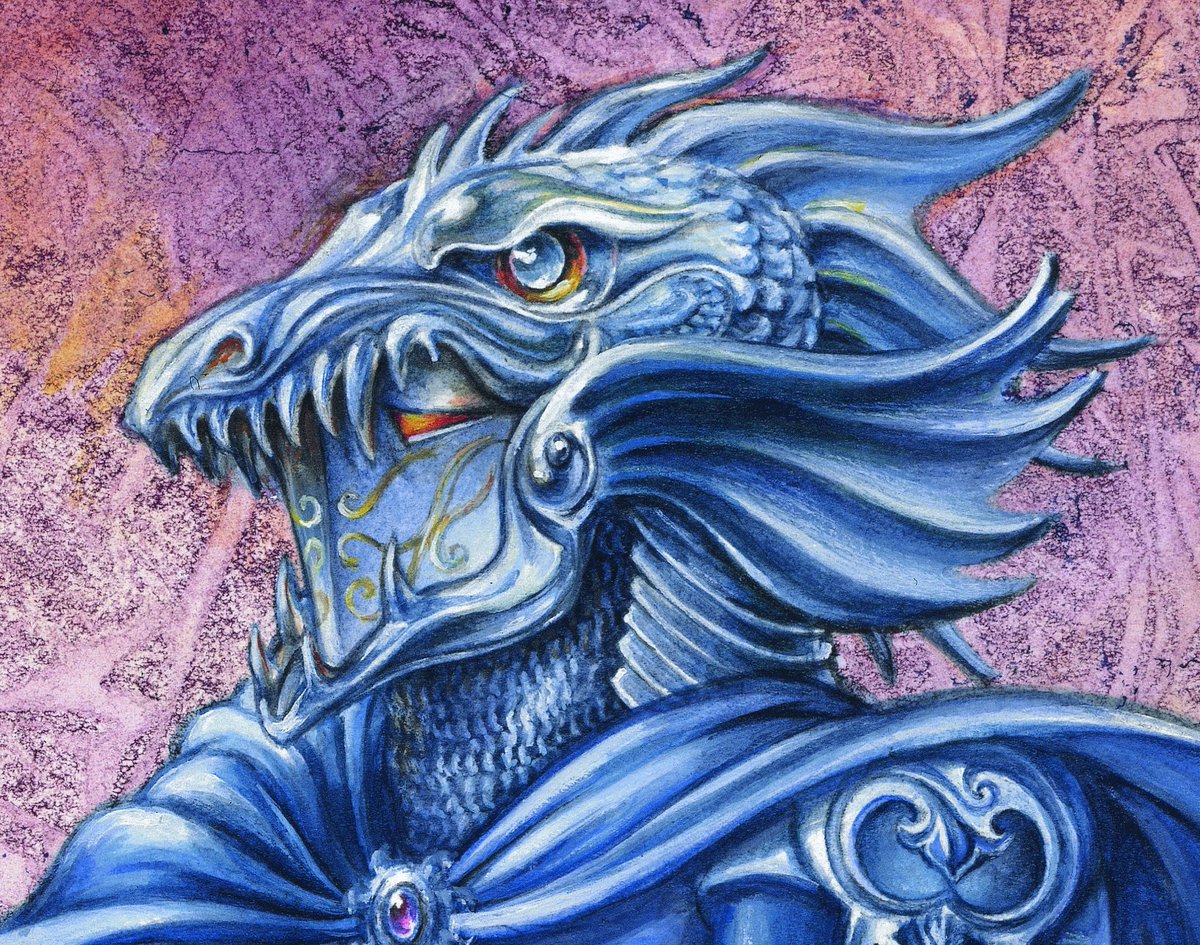 Liz Danforth has been at the core of the RPG industry almost from the beginning. Already part of the gaming circle that spawned Tunnels & Trolls, the second roleplaying game ever published, right after D&D, she was an obvious choice for supplying some of the game’s art. She went on to do work for Iron Crown Enterprises’ Middle Earth RPG, the classic sci-fi RPG Traveller, and many, many other RPGs.

Your roving reporter had a chance to sit down with Liz at GenCon and ask her about her work in the games industry. Her story is the story of gaming, from the dawn of both RPGs and collectible card games, as well as some of the most beloved computer game franchises. At the beginning of her career, nearly all interior artwork for RPGs was black-and-white, with simple, bold lines, since that’s all you could get the printing tech of the day to reproduce affordably. Liz became known for her evocative and characterful black-and-white art, creating entire cultures and worlds through her pen work.

While dining with Lisa Stevens, then working for WotC, Liz first heard about this new game still in development called Magic: the Gathering. While the compensation offered for those first artists wasn’t great, Liz saw it as a chance to get paid to practice her painting and escape being known as only a black-and-white artist. Liz ended up helping to create the look and feel of the game, working on well-known cards like An-havva Township, Lim-dul’s Hex, Bazaar of Wonders, Merchant Scroll, and Hymn to Tourach. Liz went on to work on other RPGs and CCGs over the years. She branched out into the world of computer games, designing scenarios for Interplay games like Wasteland, a strong inspiration for the currently popular Fallout series. With a string of computer gaming credits under her belt, it was a no-brainer to get her involved in the art side of the new Tunnels & Trolls Adventures games from MetaArcade. Keeping a finger in just about every hobby-games pie she could, she also did illustrations for novels. Small wonder she was inducted into the Academy of Gaming Arts and Design’s Hall of Fame in 1996.

Today, Liz continues to work as a free-lance artist, both for fans and the game industry. While she uses computers to aid in composition and planning, the final work is always her own pencil, pen work, or paint. With a resurgence of interest in the games of yesteryear, she’s been doing a lot of work on the relaunches of old games, including Tunnels & Trolls. At 2017’s GenCon, she spoke of getting goosebumps when talking to gamers who remember playing the game in junior high and are now introducing Deluxe Tunnels & Trolls to their kids.