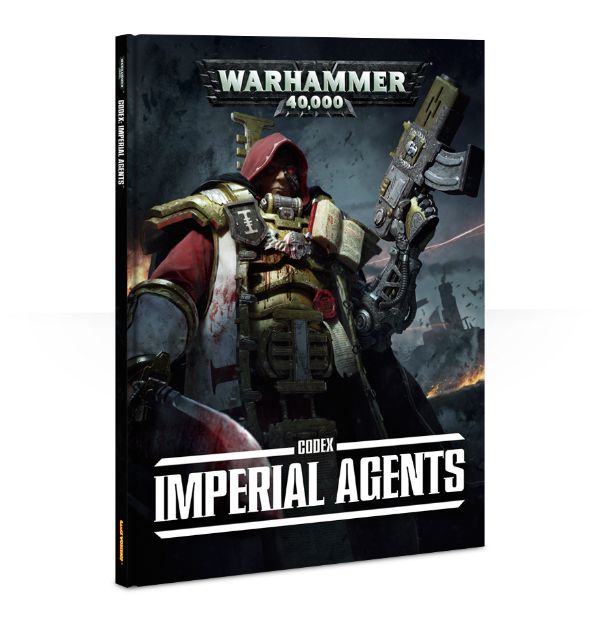 MOAR Blasts From 40k’s Past? Yes, Sisters are Back! I don’t know what they’ve got in the water supply of Nottingham, but I’m glad the Games Workshop crew are drinking deeply. Not only has this year seen the triumphant and impactful return of the Genestealer Cults, but now we get Adepta Sororitas as well.

No, not in an electric-only document.

No, not in a White Dwarf article.

Granted, they do have to share that hardback, Imperial Agents, with eight other imperial organizations. Still, it’s a book that’s going to have at least as big an impact on 40k list-building and tactics, what old hands call the “meta” of 40k, as did Genestealer Cults.

Outside the Sisters, you’d be hard-pressed to build an entire army from most of the lists in this book. Veterans of GW games might remember an old Warhammer Fantasy army book called Dogs of War, a collection of mercenary units you could add to nearly any army. This is very much like that for Imperial forces. The book includes detachments and/or formations for the following organizations:

Data from many different books and online resources are now under a single pair of hard covers. There don’t appear to be any new models for any of these groups, but things that have long languished in obscurity (like Penitent Engines) may get a new lease on life. There are also subtle changes, like Death Cult Assassins being added to the Sororitas list and servo-skulls being removed from the Inquisition list. (Yes, you read that right; the servo-skulls are gone!)

In addition, there are new powers and options for lots of these groups. For instance, even if your Inquisitor isn’t leading your force, they still get a roll on the Warlord’s table (which means, yes, you could have two warlord traits active at a time).

If you’re an Imperial player of any sort, this is a must-have book for all the options it brings to your game. If you’re not, you’ll want to study up on all the new changes coming to your wargaming table. Imperial Agents hits store shelves December 17th.