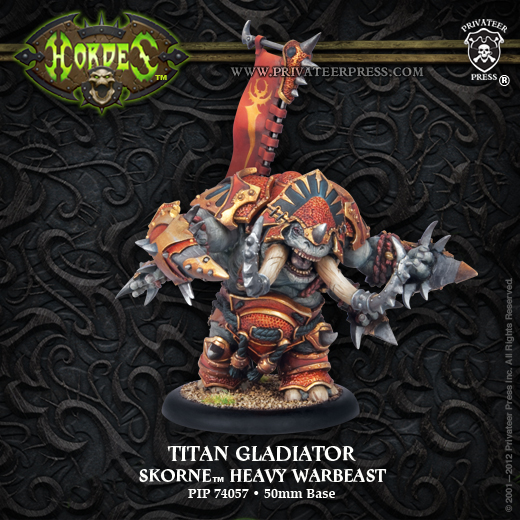 As of February 16th, Privateer Press reports that they have “a few” of January’s army boxes in stock. The next armies are available now. As always, be sure to let your Dragon’s Lair Comics and Fantasy® know you’re interested in these as they’re only being produced in limited quantities.

Last time it was the ever-popular Cryx and Circle Orboros. This time we’re getting the zealous and burninatin’ Protectorate of Menoth and spikey Skorne. Let’s see what’s in their respective 35-point forces.

The Protectorate of Menoth army-in-a-box includes: Meanwhile, for Skorne, we get:

The pachydermic titans of Skorne are among the most iconic creatures in Hordes, so I’m not surprised to see one in the Skorne box. And there are few Menoth units that look so Menoth-y as the Vanquisher, with its swinging spiked flail, but you’ll likely get more mileage from its mob-busting Flame Belcher, especially after you buff the warjack with the Vassal and Choir of Menoth.