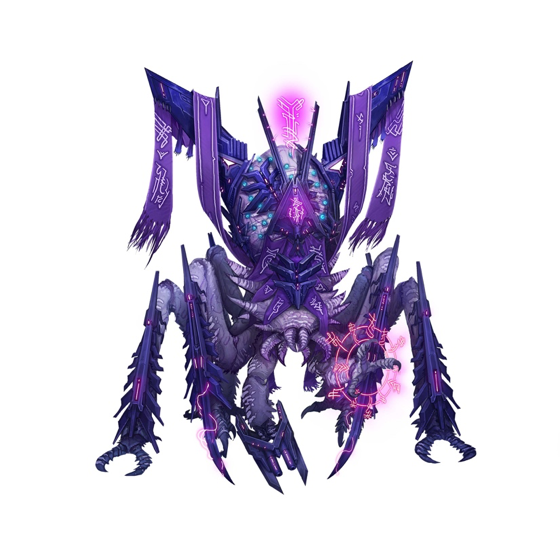 New Aliens to Be and Fight and Befriend

Starfinder’s Alien Archive 3 brings some neat new options to play, as you’d expect by now from a Paizo franchise.  GMs get over a hundred new statblocks to build encounters from.  Players get 19 new races to choose when crafting a character (technically, they get 20 since one of the races comes in an adult and a larval form, both playable as PCs).

We also get more details on the setting of Starfinder.  From Vesk-3, home of Starfinder’s mascot cuties, the skittermanders, comes the stridermander.  This massive beast is related to the skittermanders and hunts the little skittermanders in order to eat them!  Alien Archive 3 also introduces two Spectra, beings native to the plane of the Drift.  One race acts as ambassadors for the Triune, while the other enforces the neutrality of the Drift against any who would attempt to colonize or fortify it.  Ferrofluid oozes partake from real-world science.  Ferrofluids, magnetic liquids, were developed by NASA in order to move liquid fuels toward pumps in zero-g.  One of the races, the aquatic cephalume, were crafted in part at a panel at PaizoCon.  The cephalume communicate via bioluminescence and cultivate symbiotic relationships with alien barnacles that grow directly on the cephalume and give them additional abilities.

Beyond new races, there are goodies for players to collect.  The above mentioned ferrofluid oozes can be used to create a vibration-dampening armor, making you harder to detect by creatures who use tremorsense to perceive their prey.  There’s even a monstrous creature whose skull can be harvested to add additional firepower to your ship.

Probably the most interesting portion of the book are the new rules for animal companions.  These can be aliens of animal intelligence who form a bond with your character, allowing them to be pets, allies in a fight, or even mounts.  You can only have one such alien companion, and, at first, you must sacrifice your actions to allow them to act in a fight.  This section of the book details the feats you’ll want to have to make full use of your new alien companions, as well as gear you can outfit them with.

Alien Archive 3 is a 216 page hardback full-color book.  Ask the good folks at your local Dragon’s Lair Comics and Fantasy® about securing your copy today.