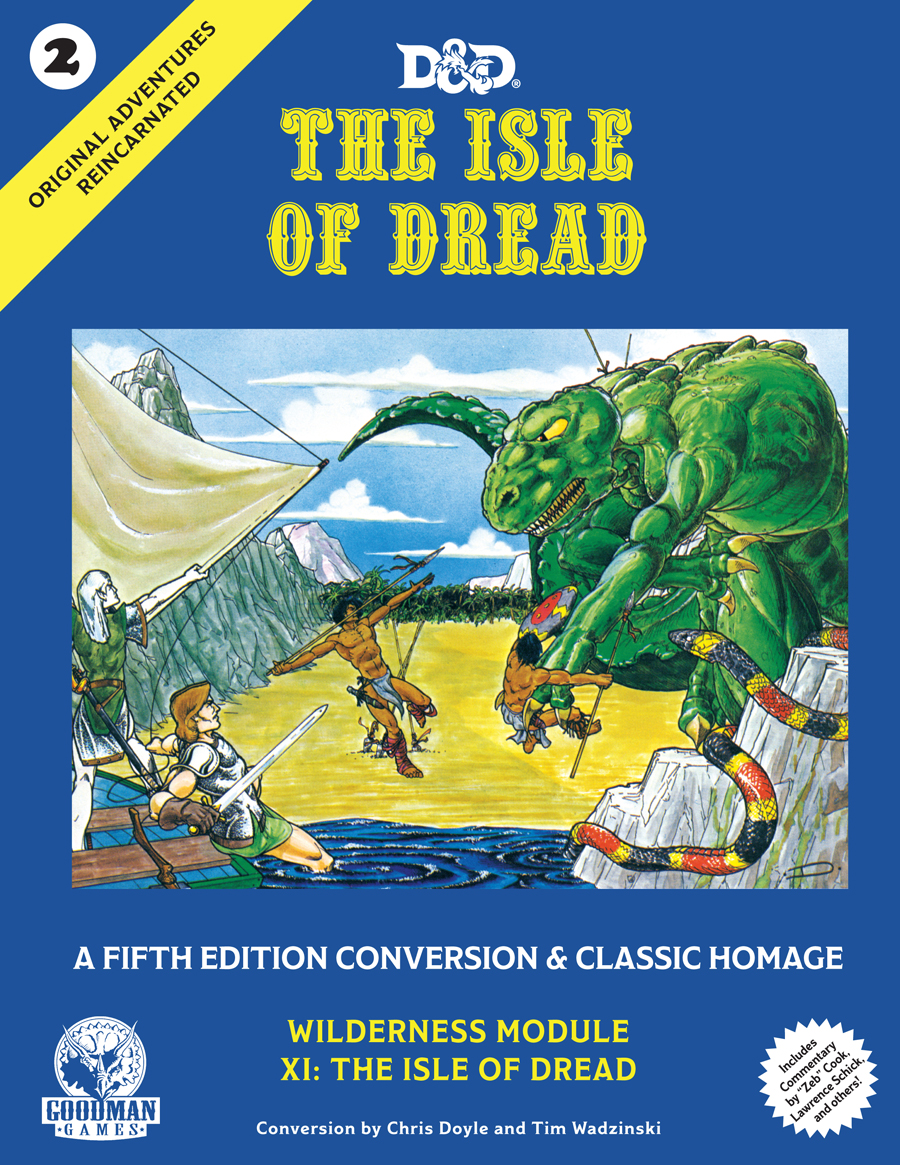 Relax on the Sunny Beaches of the Isle of Dread In the pantheon of great adventures for Dungeons & Dragons, X1: The Isle of Dread holds a place of prominence. Originally published in ’81, it came with the boxed set Expert rules by David Cook and Stephen R. Marsh. The goal was to provide an example of an outdoor adventure, but The Isle of Dread accomplished much more than that.

When playing the adventure, DMs would hand players a hex map showing the outer edges of the island, basically what they’d be able to see from their ship, with the interior left blank. The challenge for the players would be to accurately map the terrain of the island, marking both the potential dangers and rewards. As they explored, they’d be introduced to a mystery that would lead them even deeper into the island’s interior.

For many of us, this was our first introduction to a style of D&D called hex crawling. Drawing inspiration from real world explorers like Lewis and Clark, players would set out into an uncharted wilderness, finding allies and enemies alike. The logistical elements were a major part of the challenge, and it was complicated by random encounter tables that were definitely not balanced to the abilities of the PCs; trying to keep your map accurate while fleeing a plundering orc horde or avoiding a pair of hunting wyverns was very much par for that course. But an accurate map made everything easier. Knowing where allies and dangers existed, players could more easily travel to the points that offered the greatest reward. Fans of present-day open-world survival computer games will certainly recognize this style of play.

The Isle of Dread also introduced us to a campaign setting called simply The Known World. Based (very loosely) on the real world of the 15th century, it would later become Mystara. The isle itself was heavily influenced by King Kong and included dinosaurs among its monsters, with a pinch of Lovecraftian goodness as well.

As they did with B2: Keep on the Borderlands, Goodman Games has published a large, hard-back reprint of The Isle of Dread. This time, there are only two previous versions, plus an update to 5th edition. The book also includes a forward by and an interview with Zeb Cook, an article by Lawrence Shick on the origins of the Mystara setting, as well as new art from Erol Otus.

Whether your own dog-eared copy of X1 fell apart years ago, or you’ve never had the chance to play this adventure but are curious about how the game was played back then and want to give an old fashioned hex crawl a try, you’ll want to add Original Adventures Reincarnated #2: The Isle of Dread to your RPG library. Ask the RPG experts at your local Dragon’s Lair Comics and Fantasy® about securing your copy today.