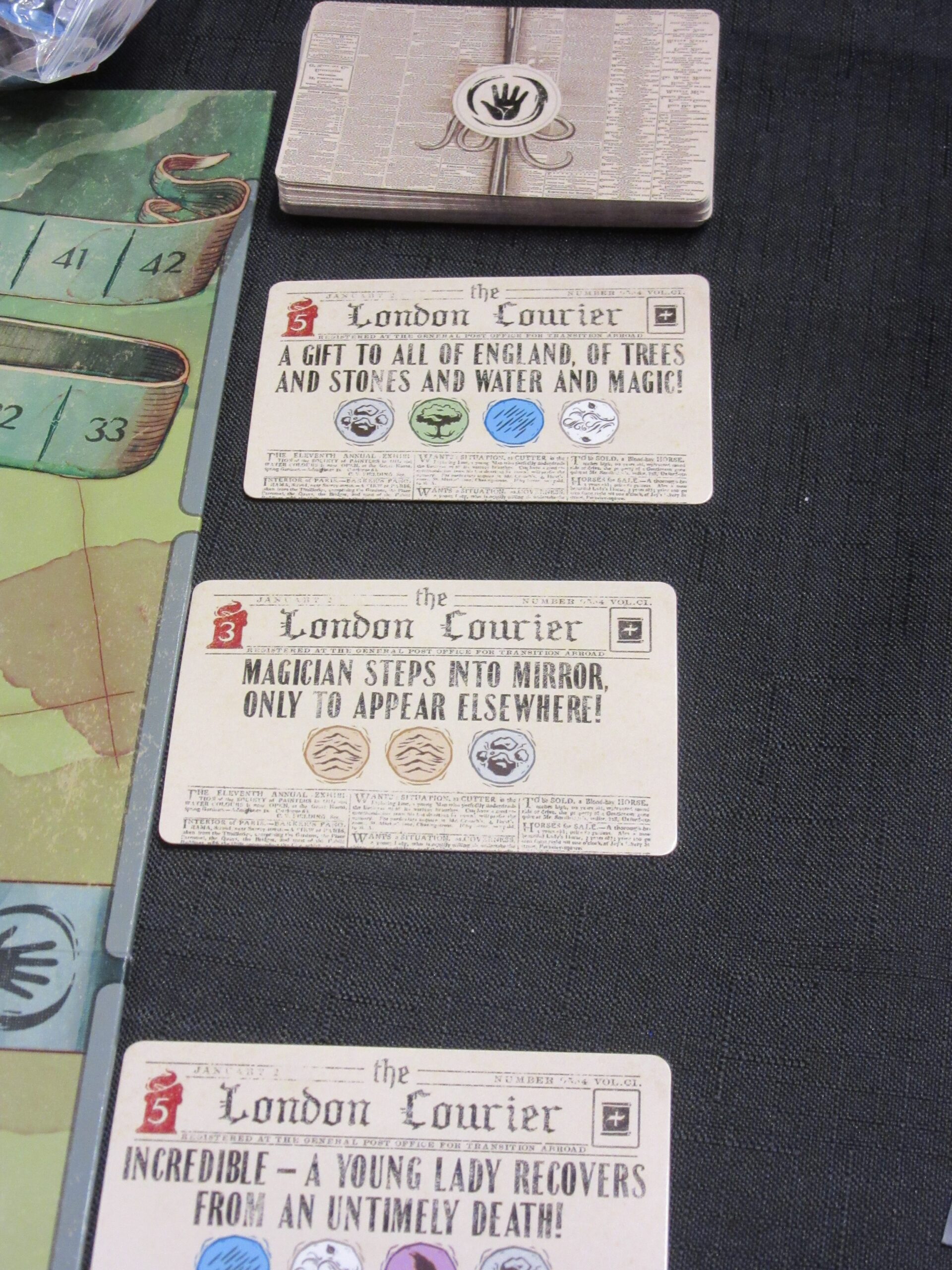 The Lovely and New of the GAMA Trade Show 2019

Your roving reporter is on the scene at the GAMA Trade Show 2019! As always, the best of the game-manufacturing best are here to tease us with their latest and greatest, as well as fun stuff that’s not been released yet. There’s a lot to show, so let’s get to it.

Osprey Games continues to hit high marks on production values and interesting games. They’ve got a Jonathan Strange & Mr. Norrell board game coming out soon. You’ll take on the roll of a magician, seeking fame and magical power in a bid to become the most powerful spell-slinger in Europe. Arcane Wonders is bringing us a fun little WWII-themed card game, Air, Land & Sea. As the name implies, you’ll do battle in all three theaters simultaneously. Claim victory in two of the three arenas and you win the battle, but one battle is not the entire war. The cards have clever mechanics on them that allow you to affect other arenas and invite some clever bluffing strategies. Never had your sanity devoured by a shoggoth? The Call of Cthulhu Starter Set is for you! Res Arcana, from Sand Castle Games, is an engine-building game about creating tight, highly-focused decks. It’s got gorgeous art and should be in stores by mid-April. Want a cooperative adventure game experience that’s adorable and doesn’t take all night? Check out Junk Spirit Games’ By Order of the Queen. There’s a lot more we saw, and a lot more to talk about. Keep your eyes on this space for more pics and news from GTS 2019.