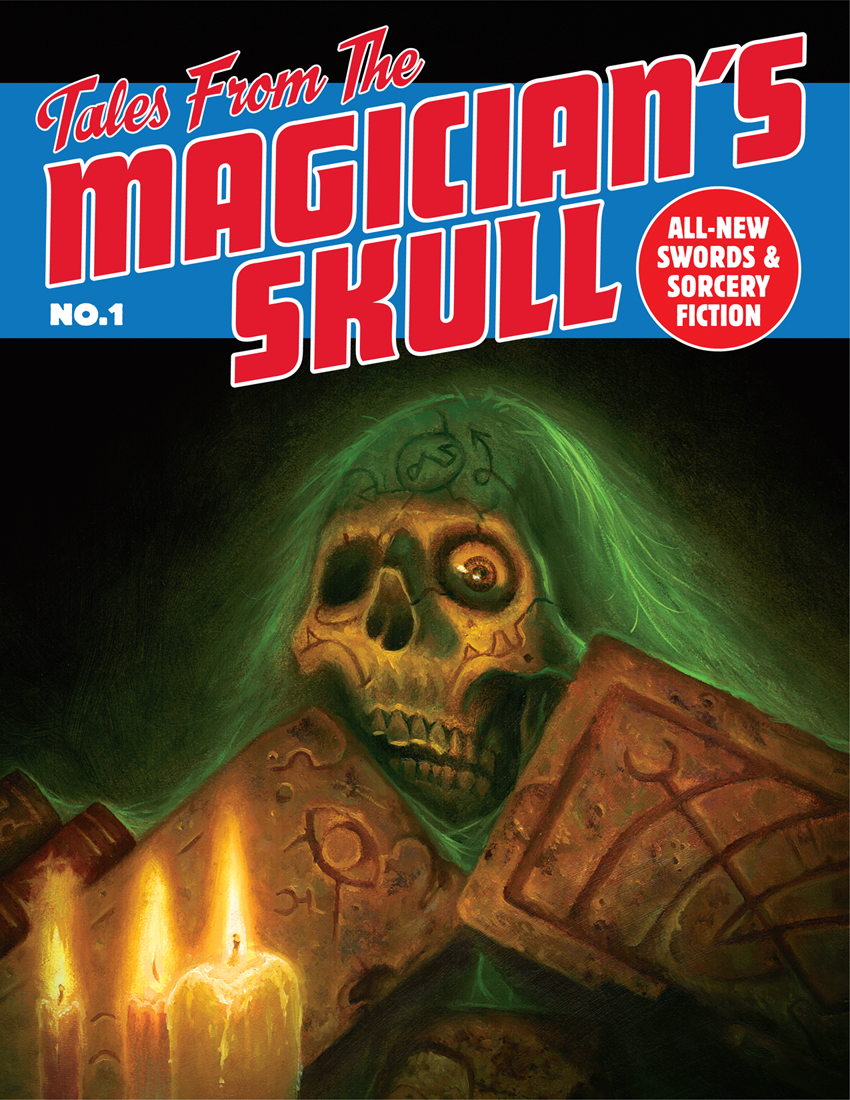 Many moons ago, when Gary Gygax wrote the first Dungeon Masters Guide, he included the famous “Appendix N: Inspirational and Educational Reading.” There are a number of familiar names on the list, like Tolkien and Moorcock, Jack Vance (who inspired D&D’s original magic system of memorizing spells), and lesser known novelists like Poul Anderson (from whence came D&D’s versions of the paladin and the troll). But most of the other names (as well as those already mentioned here) mostly published in the “pulps,” magazines printed on cheap paper full of short stories. Reading short stories was a popular pastime in the first half of the 20th century and supported numerous writers and publications of all sorts. From romance and crime to exploration to westerns and even sports stories, Americans couldn’t get enough. And, of course, there were the “weird” stories about characters like Robert E. Howard’s Conan, Fritz Leiber’s Fafhrd and the Gray Mouser, and HP Lovecraft’s disturbing pantheon of eldritch horrors, all mentioned in Gygax’s Appendix N.

Fantasy literature has leaned towards the giant novel as part of an ongoing series lately (like GRRM’s A Song of Ice and Fire). While it’s not hard to find those old pulp stories in collections, it is harder to find new stories written in those veins. Or it was; there’s lately been a renaissance of writers returning to the tropes and styles of those old short stories. Goodman Games’ Tales From the Magician’s Skull collects seven such stories, all with a strong swords-and-sorcery vibe. Heroes (and anti-heroes) dare the dangers of a sorcerer’s tower encased in an iceberg, ferret out sorcerous murderers, make war against the mysterious legions that lurk beneath the Bay of Black Waters, and seek to thwart rebels intent on foul necromancy (or even embrace such gruesome magics themselves).

But you won’t just find thrilling stories of adventure and sorcery in Tales From the Magician’s Skull. An appendix in the back provides RPG stats for many of the monsters, treasures, and dangers described in the stories. We get stats for an undead swarm of hands, claws, and other manipulators wrenched from the bodies of those who’ve died in the sea; a cloak “constructed from exactly 103 wings of dusk moths” that renders the wearer invisible (though they still cast a shadow); “guai” fish-people; an enchanted monstrous iron head; and a new PC race derived from elemental water. All stats are for Goodman Games’ Dungeon Crawl Classics RPG but are easily converted to TSR-era D&D and similar games like Lamentations of the Flame Princess or the Adventurer Conqueror King System.

Being a Goodman Games production, Tales From the Magician’s Skull includes art from such gaming stalwarts as Russ Nicholson, Ian Miller, and Jennel “Caverns of Thracia” Jaquays. The authors of the stories are experienced hands, some having written fiction for the Pathfinder and Warhammer 40k games.

If your copy of Swords of Lankhmar is looking a little threadbare from frequent re-readings or you’re just interested in the sorts of stories that inspired the first fantasy RPG, you’ll want to check out Tales From the Magician’s Skull. Talk to the RPG experts at your local Dragon’s Lair Comics and Fantasy® about securing a copy today.