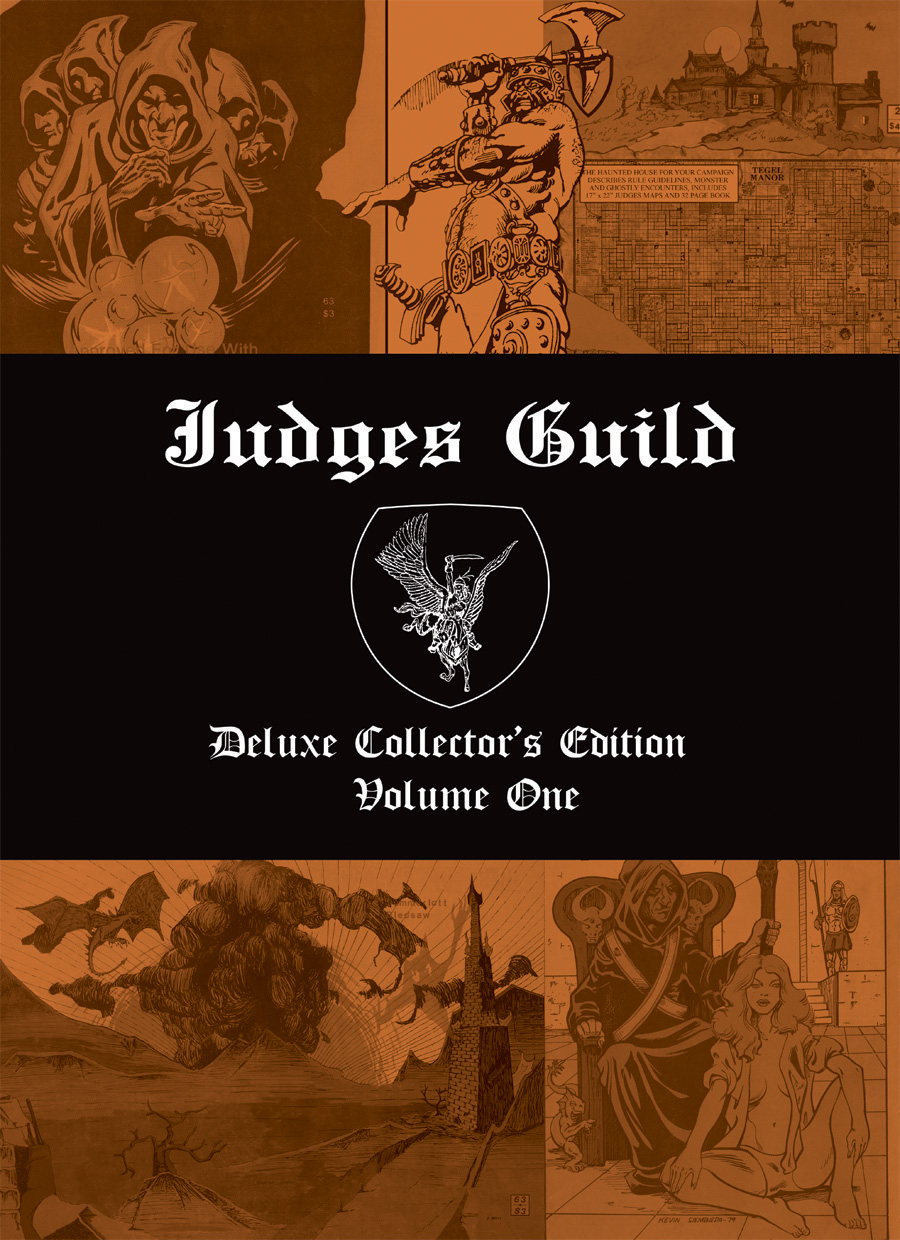 Treasures From the Dawn of (RPG) Time Third party publishers for D&D didn’t begin with the Open Gaming License of 3rd edition. Way back at the dawn of RPGs, a company called Judges Guild was officially licensed to publish material for the D&D game. The result was the Judges Guild Journal, a periodical that included advice, new monsters and character classes, and most famously, new adventures for D&D.

Keep in mind that this was back in the ’70s, before the advent of the modern gaming store. If you wanted to buy D&D or any other RPG you had to hunt around for it. Your best bet, for a while, was book stores. Otherwise, you’d need to find the odd little craft or hobby store that would carry a few books and boxed sets tucked away in a corner somewhere.

But there were large swaths of the country where it was really hard to find any RPG material at all. The Judges Guild solution was to sell their Journal like a periodical. Instead of being a magazine, however, it was printed up 11 x 17 like a newspaper on news print.

Back then, this was an excellent option to keep printing and shipping costs down. Unfortunately, newsprint doesn’t hold up to the ravages of time well, and while you could still find the occasional Journal at a garage sale or used bookstore, they were becoming harder and harder to find.

Thankfully, Goodman Games has come to the rescue! They’ve received the rights to reprint the old Judges Guild material, and they’re doing it in grand style. The Judges Guild Collectors Edition Vol. 1 includes three of the most famous Judges Guild adventures: The Citadel of Fire, The Thieves of Fortress Badabaskor, and Tegel Manor. This collection isn’t just the adventures. They’ve tracked down and reproduced all the alternate covers and versions of the various reprints, and the copies of the Journal they originally appeared in. And since they reproduced them in the original 11 x 17 format, this is a coffee table book big enough to serve as a coffee table.

You’ll also get gatefold pages and poster versions for some of the maps, commentary by current game designers on why these adventures were ground-breaking, and additional background material on Judges Guild.

At their height, Judges Guild employed 80 people, larger than Paizo’s current full-time roster. While they may not be as well-known today, the Judges Guild Journal was as big a deal as DRAGON magazine and almost as widely read. Only TSR had a bigger impact on the evolution of fantasy RPGs. If you’d like to see what all the fuss was about, and get another perspective on the early days of RPGs and D&D, ask one of the helpful crew at Dragon’s Lair Comics and Fantasy® about securing your copy of the Judges Guild Collectors Edition Vol. 1 today.