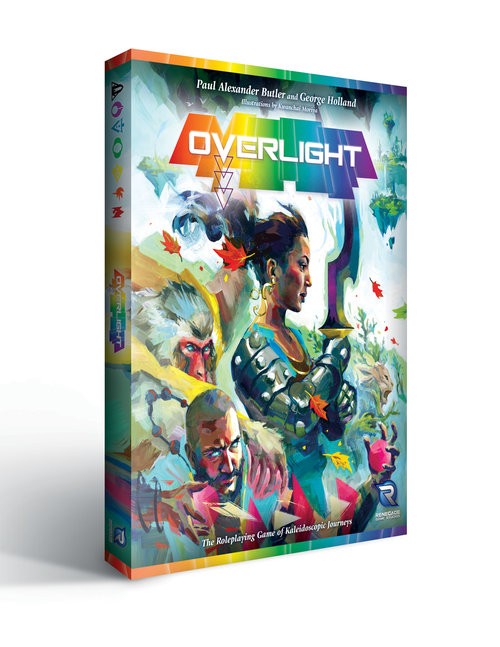 Once again, your crew at Dragon’s Lair Comics and Fantasy® was on site for the yearly GAMA Trade Show. For those of you not familiar with it, GTS is where the makers and distributors of table-top games get together with stores to talk about the year that’s passed and what’s coming soon.

This year the event was held in Reno instead of Vegas, which meant snow instead of sweat. That didn’t stop the manufacturers, publishers, or designers from bringing their A-game (and AAA games). We saw a lot to get excited about. Games Workshop revealed a new team for Blood Bowl, the return of a gang from classic Necromunda, and teased a new version of their 40k small skirmish game, Killteam. Cubicle 7’s Dungeon Abbey games, where horrible people do things like try to ruin Giftmas for each other or hunt monsters through the catacombs beneath their ancestral manor, continue to get closer to stores. They also introduced us to a card game of classic fantasy adventure, The Forest Dragon, designed and illustrated by Rory (age 9) and his younger brother. The game is adorable and fun, and we’ll tell you more about it as we get closer to its release. There’s a lot coming in 2018 that looks exciting, but the big news was in RPGs. Wizards of the Coast announced that they sold more D&D Player’s Handbooks in 2017 than they did the year 5e was released. Xanathar’s Guide to Everything was the fastest selling book in D&D’s history. Just as we’ve seen in the past, D&D’s success has created a halo effect, a rising tide that lifts all boats. 2018 promises to be a very exciting year for RPGs.

We got to see some art for the upcoming Mordenkainen’s Tome of Foes. We can’t tell you about what we saw, but we can say that there are more options for PC races than have been announced officially yet. Gale Force Nine is expanding their line of cards for use at the table to include decks that will eventually cover every monster in the game, with stats on one side and a picture of the monster on the other. (They’ve also worked out the kinks in their production so hopefully we won’t have to wait so long to get these cards in our hands.) 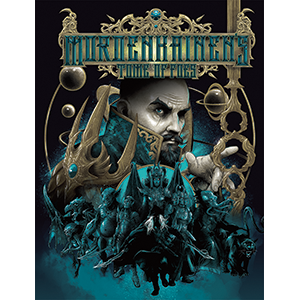 Paizo ran us through a short adventure for the upcoming second edition of the Pathfinder RPG. Buzz on this has been extremely positive and we could clearly see why: replacing the variety of action types with three generic actions-per-turn really speeds up the game and allows for additional flexibility in spellcasting. As you’d expect from Paizo, they’re planning an open playtest that will launch at GenCon. Watch this space for more details on the playtest and how you can get involved.

R. Talsorian Games was a name to conjure by in the ‘80s and ‘90s with their RPGs Cyberpunk, Castle Falkenstein, and Teenagers From Outer Space. They’re back, and not only are we getting a new version of Cyberpunk, they also showed off their officially licensed Witcher table-top RPG. The book itself is full of beautiful art and the gameplay is as violent as you’d expect it to be, with brutal strikes bursting internal organs and leaving characters scarred for life.

Renegade Games makes their entry into the world of RPGs with two new games: the high-concept Overlight, about a world shattered by primal magics; and Kids on Bikes, where kids, teens, and adults in the 1980’s investigate the stranger things (ahem) happening in their otherwise sleepy little town. You’ll be hearing a lot more about these games as we get closer to their releases. But for me, the most exciting news came from Cubicle 7. Not only are we getting a new Warhammer Fantasy RPG harkening back to the first two editions of that game, not only are we also getting an Age of Sigmar RPG which dials the power levels up to creation-myth epicness, not only are we getting a “director’s cut” of the classic WFRP campaign The Enemy Within, but we’re also getting a boxed set Moria mega-dungeon for both The One Ring RPG and the Adventures in Middle Earth RPG. Which means yes, it will be fully compatible with D&D 5e. If you’ve ever dreamed of visiting Balin’s Tomb and taking on the Balrog with your D&D party, you’ll soon get your chance.

This post is already too long and I’ve only scratched the surface of what we saw at GTS this year. There’s a lot of exciting new games coming through the pipelines and we can’t wait to share them with you. Keep your eyes on this space for all the updates and details. 2018 is going to be an amazing year!