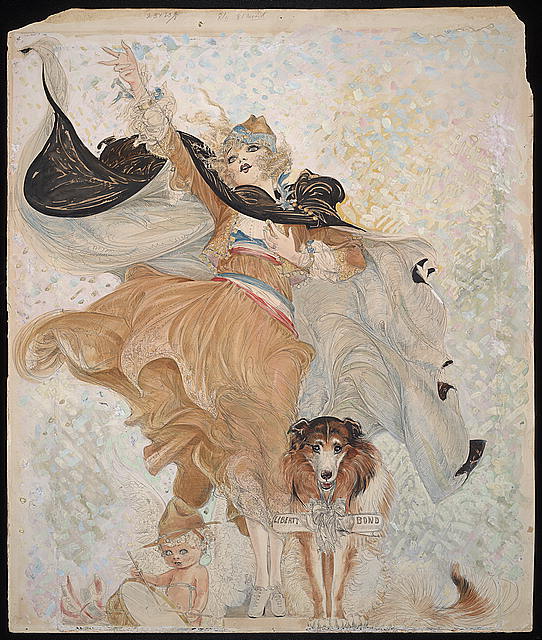 March is Women’s History Month. We here at Dragon’s Lair Comic and Fantasy® would like to take that as an opportunity to highlight the women creators in some of our favorite media: comics and roleplaying games. This week, we’ll look at comics.

Honestly, it’s hard to know where to begin. Women have been involved in all areas of comic creation since the beginning of American comics at the dawn of the 20th century. One of the first was Nell Brinkley. “The Queen of Comics” reigned for nearly all of the first half of the 20th century, from 1907 until her death in ’44. Her spritely Brinkley Girl, a working-class and independent gal who gave a young, fresh face to the Suffragette movement, was seen as a lively counterpoint to the reserved, almost aristocratic Gibson Girl who’d been popular before. While iconic female characters dominated the American imagination early in the 20th century, the Golden Age, beginning in the 1930s, saw the beginning of the modern superhero who now dominates comics. The formula of the superhero comic was soon nailed down, and creators with different visions often had to seek success outside the mainstream of New York publishing that had made a star of artists like Brinkley. Among the most influential of these were Wendy and Richard Pini. Inspired by their disappointment with American movie animation of the 1970s, the Pinis sought to create a new vision that would spark a Renaissance in the art form. Unfortunately, they didn’t have the financial resources for a film, so they focused on what they could accomplish.

The result was among the first independent comics in America to achieve mainstream success: Elf Quest. While the couple shared writing duties, the art, from sketching through inking and even the colors, was all Wendy. The entrancing art, epic stories, and gripping characters thrilled readers and paved the way for other artists and writers to seek success outside the comics mainstream. Among these, you can find Carla Speed McNeil, artist and writer for the amazing Finder, a beautiful collision of deep, character-driven drama and anthropologically rich world-building, and Leia Weathington, creator of Bold Riley, a swords-and-sorcery swashbuckler as eager to beard wicked gods in their temples as she is to seduce lovely women wherever she goes. There are even new husband-wife teams like Kaja and Phil Foglio, creators of the Girl Genius comic. Of course, you’ll find no shortage of women creating comics within the mainstream, either. There are artist/writer teams like June Brigman and Louise Simonson who created Marvel’s Power Pack back in the ‘80s. Rachel Pollack shook things up as the writer for Doom Patrol. Italian artist Sara Pichelli has been tearing it up for Marvel on books like X-Men, Guardians of the Galaxy, and Ultimate Spider Man, winning 2011’s Eagle Award for Favorite Newcomer Artist.

And that, ladies and gents, barely begins to scratch the surface. If you’re interested in seeing what women are doing in comics right now, ask the staff at Dragon’s Lair Comics and Fantasy®. They’d be happy to tell you about their favorite titles, writers, and artists.