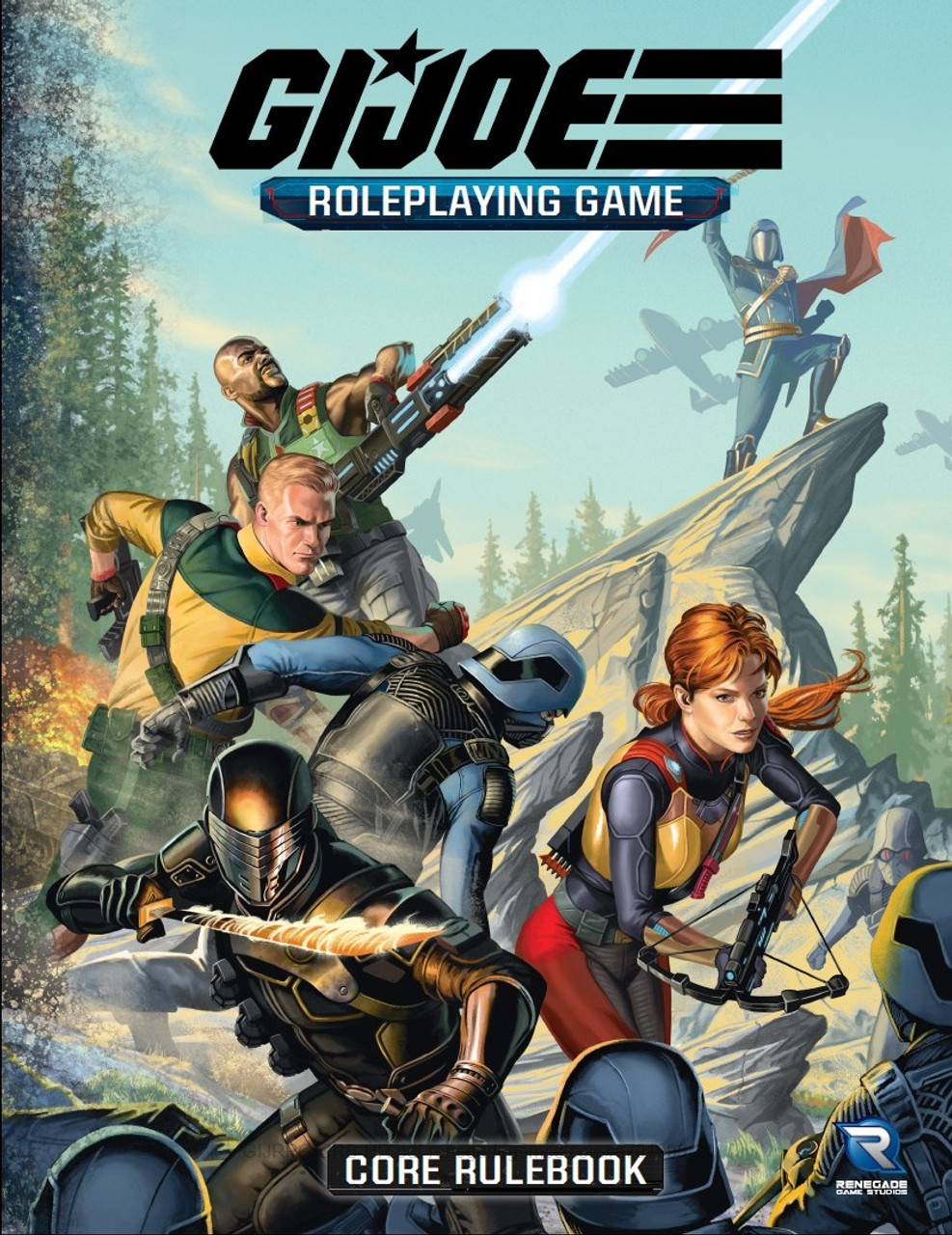 General Hawk Wants to See YOU in the Pit!

Hot on the heels of their Power Ranger RPG, Renegade Games Studios releases the G.I. Joe RPG, also using their Essence20 system.  This is turning into the year of RPGs at Renegade, with Transformers and My Little Pony still expected later 1n 2022.

In addition to playing the classic Joes, you can also create your own character to take part in the adventures.  As with Power Rangers, you’ll use four stats (the Essences of Essence20) to shape your Joe: Strength, Speed, Smarts, and Social.  The real meat on those bones comes in various character background options.  These include your Role on the Joe Team, but also a Focus within your Role.  For instance, if your Role is Ranger (like Recondo or Shipwreck), you can pick between Beastmaster (which comes with boon companion animal), Predator (who hunts the deadliest game: enemy soldiers), and Scout (an expert at finding the safest and quickest way through dangerous territory).

You’ll also pick an Influence.  This is most often something your Joe does outside soldiering.  It might represent the Smalltown Roots your character comes from, or their artistic talent, or just that they’re a Thrillseeker.  And if you don’t find an Influence you like, feel free to pick from among those in the Power Rangers RPG, as the Influences are the most compatible mechanic across the games.

The Origin of your Joe details what they were doing when they caught the Joes attention.  These are the background skills, training, and abilities your character excelled at that made the Joes decide you needed to be on the team.

You’ll round out your character with skills, perks, and standard gear.  Since you’re part of the military, you won’t buy your gear like a D&D adventurer, but requisition it.  Some gear you’ll get easily as it fits in with your Role profile, but others you’ll have to roll to get.  The entire team has a budget of requisition rolls, and some gear requires better rolls than others, so you’ll want to decide together where to best risk you limited resources.

The gear is wide-ranging, from weapons to vehicles to pets to battledress.  Most gear also comes with upgrade options, like silencers on guns or weatherization for harsh environments.  There are also generalized kits that allow you bonuses on skill checks, or might even be required to have a chance at success at some tasks.

This single book also includes all the info your GM will need to run the game.  These include descriptions of locations both generic (Urban Areas or a Military Base) as well as specific (The Pit and Cobra Island).  There are descriptions of both generic and specific Cobras as well as more general villains for the Joes to thwart.  The book rounds out with a ready-to-play example adventure.

The G.I. Joe Roleplaying Game is a 354 page book full of full-color art to bring the world of the Joes to life.  It promises to be fully compatible with the other Renegade RPGs coming out this year (yes, including My Little Pony, because friendship is half the battle).  If you’re a fan of the various comics, cartoons, and action figures of the G.I. Joe world, or want additional options for your Power Rangers RPG, be sure to speak to the special operatives at your local Dragon’s Lair Comics and Fantasy® today about getting your hands on this vital document.  Yo Joe!