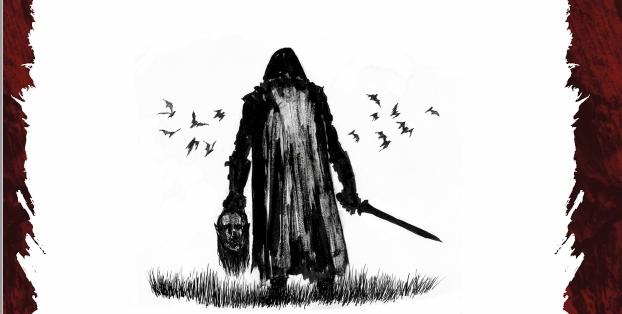 The cooperative hits just keep coming!  Maybe we’ll look back and see 2020 as the heyday for cooperative gaming, but I suspect what we’re seeing is a genre that’s had a few high-profile hits finally achieving some momentum.  So let’s see what’s happening in cooperative table-top minis gaming.

If you’re having trouble imagining what a cooperative miniatures wargame might look like, you need only look to solo and cooperative options from Modiphius Entertainment’s recent wargame Fallout: Wasteland Warfare.  Appropriately, Modiphius is just about to release a deluxe edition of another big miniatures skirmish hit from Joseph A. McCullough, creator of Frostgrave.

This new game is called Rangers of Shadow Deep.  The aggressive, expanding wilderness known as Shadow Deep is poised to swallow the kingdom whole.  While the kingdom’s armies do their best to stem the dark tide, it’s up to the elite rangers to penetrate deep into Shadow Deep and perform vital missions like rescuing prisoners, cutting the foe’s supply lines, and striking where the enemy least expects it.

Rangers of Shadow Deep has been built from the ground up as a cooperative or single player experience.  You’ll build your strike force based around a Ranger, your alter ego in the game world, very much the same way your Wizard was in Frostgrave.  You’ll customize your Ranger with build points.  These points can be used to boost your Ranger’s Stats (Move, Fight, Shoot, Armour, Will, and Health), Skills (like Acrobatics, Leadership, Pick Lock, Read Runes, or Track), or to purchase spells or special abilities like Focus (which gives you a bonus on Skill rolls) or Dash (which gives you extra movement).

You can also convert Build Points into Recruitment Points.  Recruitment Points are used to purchase and upgrade Companions.  While you can build a lot of different Companions, the number you can take with you is limited by the number of other players (and their Rangers) involved.  Scenarios cap both the points and number of models you can bring to them, based on how many players are involved in tackling their challenges.  This allows the game to scale easily between solo and co-op play.

The scenarios in the book also dictate the placement of terrain and foes.  However, additional randomness from Event Cards means you can replay the same scenario multiple times without having the same experience.  Event Cards are drawn at the end of every turn, and they can result in the bad guys getting reinforcements, weather effects that can force a change in tactics, or the appearance of unusual terrain features or treasures.  The cards themselves are just a normal deck of playing cards, and each scenario has a unique table that dictates what each draw from the deck means.

In contrast, foe AI is extremely simple.  They’ll fight if in melee, shoot or move towards a Ranger or Companion if one is in line-of-sight, or move either towards a scenario-designated point or in a random direction.  This makes it a lot easier for the players to devise their strategies, which will be vital for victory.

Combat is simple, quick, but very swingy.  Combatants roll d20s and add their appropriate stats.  Highest roll wins.  Subtract the loser’s Armour score from the winner’s total to find out how much damage the loser takes.  This doesn’t just give you a huge range in potential rolls, but also a huge range in potential damage, making every hand-to-hand clash a chance to be game-changing.

Like Frostgrave, Rangers of Shadow Deep comes as a book.  Also like Frostgrave, if you’ve got any fantasy minis and terrain, you likely have all you need to start playing right away.  This is not the sort of game that’s going to have you spending a fortune on new models and paints, though you’ll likely want to expand the range of your terrain collection.

Modiphius’ Deluxe edition, coming out just next month, includes new art, “Challenge Levels” for all the scenarios so you can tackle them with more players or higher-level Rangers, and material from the Temple of Madness and Burning Light supplements.

If you’ve been curious about tabletop miniature war games, but don’t want to spend a fortune getting started, or want to play with, instead of against, your friends, you’ll definitely want to give Rangers of Shadow Deep a look.  It can also help you scratch that D&D itch when you can’t meet up with other players.  The folks at your local Dragon’s Lair Comics and Fantasy® can get your copy of this game pre-ordered today, as well as recommend options for miniatures (or alternatives like the Pathfinder Pawns series from Paizo) and terrain.