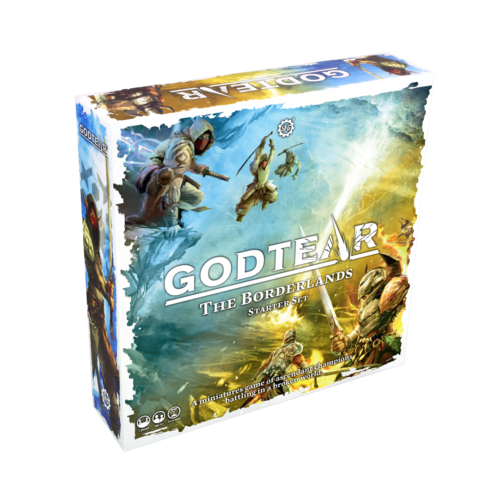 As we continually seek ways to make your stay-at-home time more entertaining, we’ve been going through our collections of boardgames to find the ones we think bring the most fun in times like these.  Here are a few games that topped our list.

This game was originally published back in the ‘70s, during the first heyday of D&D.  The new version is mostly the same as that game, with new art and a few minor tweaks to gameplay.  This is, by the way, a great game to play over video chat, as it doesn’t require any hidden knowledge; all cards can be played face-up without it impeding the fun of the game.

This is a classic competitive game of slaying monsters and looting a dungeon, with each player racing to acquire a certain amount of gold pieces before the others do.  Each character (Rogue, Cleric, Fighter, and Wizard) has different abilities and a different gold-piece total they need to acquire to win.  There’s also a solo mode if you want to play alone.

(Also, don’t let the cartoony art on the box fool you.  Yes, this is all new art, but the art for the pieces and board look more like what you’d expect to find in a D&D rulebook.)

Want a completely different type of challenge suitable for the kids?  HABA makes some of the best, and Rhino Hero – Super Battle is one of their star games.  It’s a bit like King of the Hill, with your different super heroes trying to be at the highest point, but you build the hill while you play.  You’ll use little card walls and floor pieces to construct towering buildings, trying to be the hero who literally rises above the competition.  We first told you about this game in ’17 and it remains a favorite today.

This is one of the games that really knocked our socks off at GAMA this year.  This is a tactical skirmish board game where you lead a team of champions and their followers against another team to collect the crystalline tears of dead gods.  The units come in four flavors: Slayers (focused on killing your opponent’s Champion), Maelstroms (who gain points when they kill enemy Followers), Shapers (who manipulate the actual field of battle), and Guardians (who focus on protecting Banners, markers you place to claim valuable hexes).

The game comes with a number of scenarios and great-looking miniatures.    The back-and-forth nature of the game makes every turn important.  We’ll be going into greater detail on this amazing game in the near future, but if you like tactical minis games, you definitely want to check this one out.

Fox in the Forest Duet

We actually told you about this one at the start of the year, but its excellent two-player co-op play is worth highlighting.  If you’re spending time with a special someone and need a new card game to pass the time, definitely give the Fox in the Forest games a look.  They lovely artwork, themes and clever gameplay keep the game fresh, and the co-op style mean you won’t be competing against one another.

Other cooperative games you might want to check out (that have options for more than just two players) include Castle Panic and Clank! Legacy: Acquisitions Incorporated.  On the other hand, if you and your special someone prefer a more head-to-head competitive experience, be sure to check out the original Fox in the Forest game.